New Zealand Cricket (NZC) announced on Thursday that Plunket Shield will begin the country's home summer on October 19, followed by the Hallyburton Johnstone Shield for Women, Ford Trophy, and Super Smash. The three venues which will host all the matches are Eden Park, Seddon Park, and Basin Reserve. 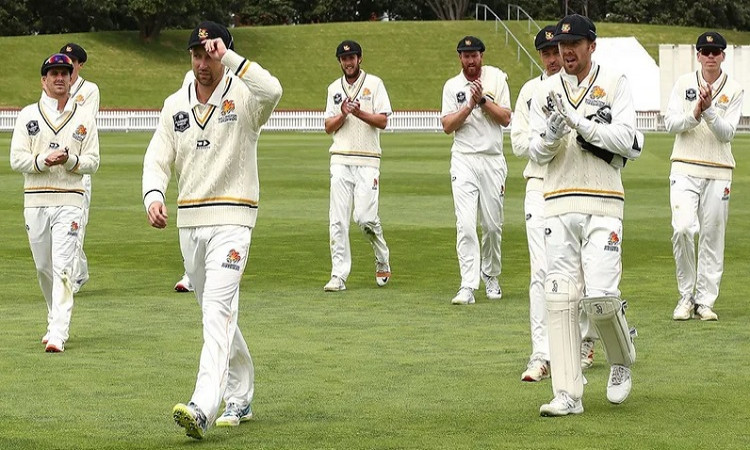 NZC has also adopted the majority of the International Cricket Council (ICC) Covid-19 regulations, which have been put in place to stem the spread of novel coronavirus. Saliva and sweat ban, player replacements for those showing Covid-19 symptoms, and forbidding players handing over caps to the umpires are among the pointers mentioned in the guidelines.

"This means New Zealand domestic players will not be permitted to use saliva to shine the ball, and umpires will no longer hold the players' caps or other items of clothing," said NZC Head of Cricket Operations, Richard Brewer.

"These measures will be overseen by the match referee and match officials, and have already been successfully piloted in pre-season warm-up fixtures between domestic men's sides," he added.

Brewer said there would be a "three-strike" rule, where teams were warned if they accidentally used saliva to polish the ball. A five-run penalty would then be enforced if it happened a third time.

Four rounds of Plunket Shield will be played before Christmas after which teams will switch to white-ball cricket in the Ford Trophy and Super Smash. In a change from the past two seasons, the centralized rounds have been replaced by teams playing each other twice in the space of three days at each host venue.

Other than the six players competing in the ongoing Indian Premier League (IPL) 2020 in the United Arab Emirates, all of NZC's contracted Black Caps will turn out for their domestic teams for the first half of the Plunket Shield.