Fortune favored Henry Nicholls, who posted a crucial century for New Zealand to wrest the honors from the West Indies on day one of the second Test at the Basin Reserve in Wellington on Friday. 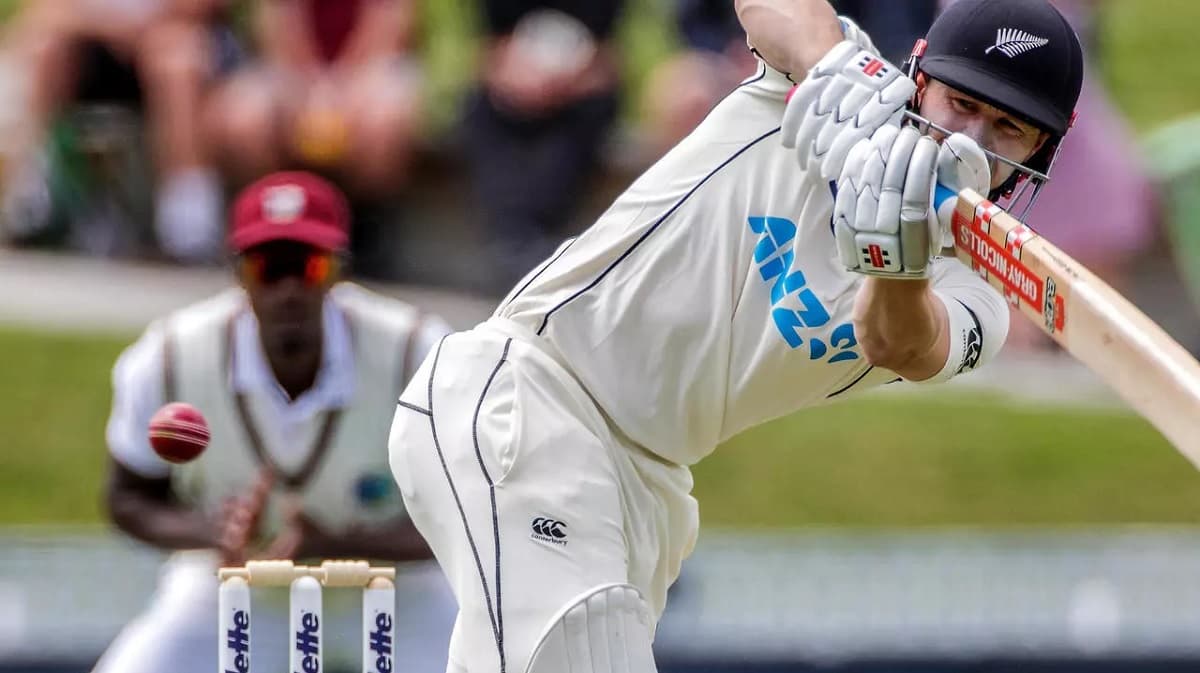 The 29-year-old snapped a 21-month string of low scores and survived multiple dropped catches for his sixth Test century.


Aus vs Ind: Aussies Could Get More Fiery Under The Sun, Says Cummins

At stumps, Nicholls was 117 not out with Kyle Jamieson on one and New Zealand 294 for six.

Everything went the West Indies' way at the start of the day when Jason Holder won the toss and made New Zealand bat on an emerald surface with cloud cover and howling northerly wind.

After a couple of expensive overs to start with, Shannon Gabriel and Chemar Holder led an attack that had New Zealand pinned down at 78 for three.

The pitch offered pace, bounce, and seam movement, and when the bowlers found a good length and moved the ball, they were almost unplayable, and New Zealand were without their talisman Kane Williamson, who is on paternity leave.

But when it seemed the odds were against the Black Caps, an out-of-form Nicholls stepped up.

When he joined Will Young in the middle, the sun emerged, the wind faded and the momentum swung New Zealand's way.

As the total grew, so did the number of spectators with more than 3,500 in the ground by late afternoon with no crowd restrictions in the largely coronavirus-free country.

Nicholls played his way through a short-ball barrage, passing 50 for the first time in 14 innings but riding his luck as chances were spilled and nicks fell in no-man's land.

He was dropped once on 21 and a second time on 47, while on 29 a top edge for six sailed just out of the reach of Jermaine Blackwood, who had moved several meters in from the boundary.

A shout for Nicholls to be given caught behind on 70 was turned down after an earlier throw at the wickets had broken the stump microphone, leaving no way for the ball tracker to detect if there had been a faint edge.

When Nicholls passed his century, it typified his risky innings as he shaped to turn the ball through midwicket but top-edged it for two on the offside.

Gabriel, in his 50th Test, was clearly frustrated when Darren Bravo dropped a regulation chance at first slip with Nicholls on 47, but he had reason to smile in his next over when he had Will Young caught at second slip by Jason Holder for 43.

Nicholls had partnerships of 70 with Young, 55 with BJ Watling, and 83 with Mitchell.

Watling authored his own demise on 30 when he chopped a wide Alzarri Joseph delivery on to his stumps, while Mitchell was trapped in front by Chemar Holder for 42.

Gabriel was the pick of the bowlers, finishing with three for 57 after removing Tom Blundell (14) and Ross Taylor (nine) before lunch before Young became his 150th Test dismissal.

Chemar Holder, on debut, dismissed Tom Latham (27) in the first session and ended the day with two for 65.