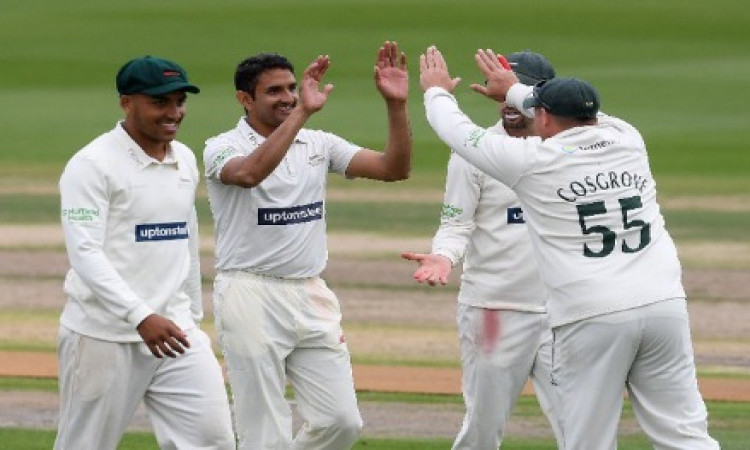 London, Dec 10  Pakistan pacer Mohammad Abbas has signed up with Nottinghamshire for the 2020 County Championship. Abbas will be available for the first nine games of the season post which he is expected to join the Pakistan squad for the Test series in England.

He joins England international Haseeb Hameed in making the move to Nottinghamshire ahead of next season.

"He (Abbas) is a high-calibre player. He came into Test cricket late, but his impact at that level has been fantastic; almost unprecedented actually," said Nottinghamshire head coach Peter Moores.

"He'll strengthen our bowling considerably, as well as being a mentor for our younger bowlers who can learn a lot from the way he plays the game."

The right-armer has also enjoyed success in his native Pakistan, topping the red-ball wicket-taking charts in both the 2015-16 and 2016-17 seasons.

Overall, Abbas has taken 447 wickets across his First-Class career at 20.89, whilst securing 34 five-wicket and ten 10-wicket hauls.

"Trent Bridge is a brilliant venue to call home and I can't wait to join Nottinghamshire next summer," said Abbas.

"The club is steeped in history and I'm looking forward to giving my all to get them back up into the top division of Championship cricket.

"I've really enjoyed my past couple of summers playing in England and I'm excited for the domestic season to start again in April," he added.