David Warner and Michael Slater have rubbished the "rumors" of having a drunken bar brawl in the Maldives, where the group of 39 Australians is quarantining after leaving India. 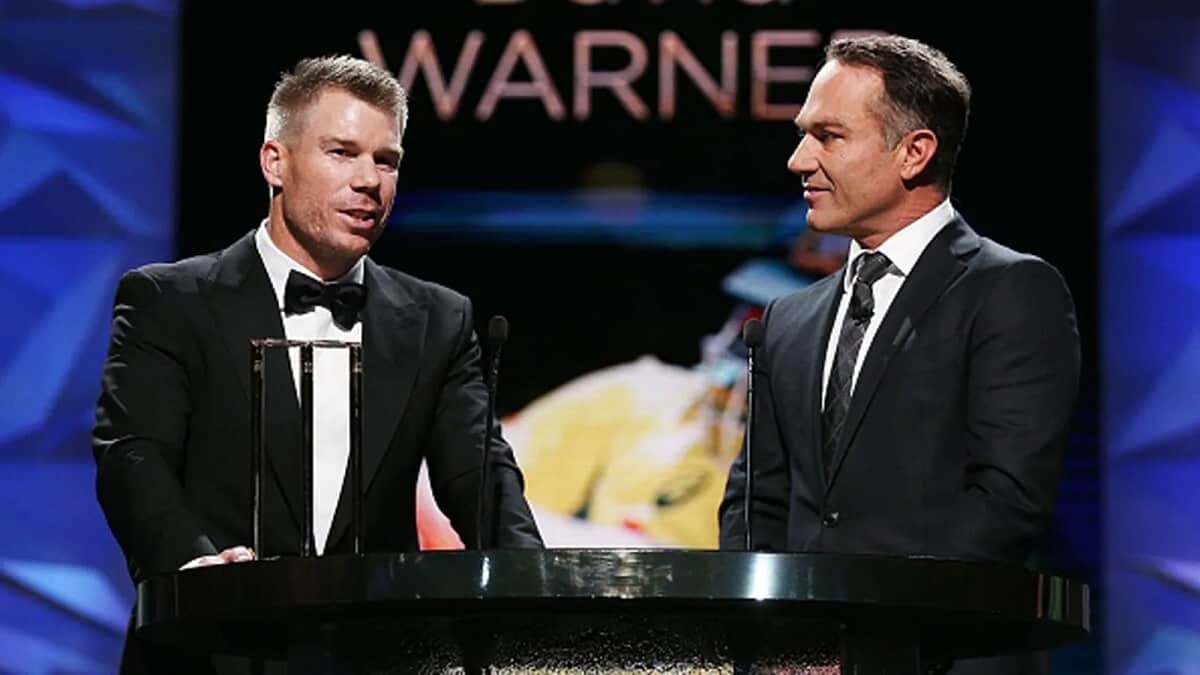 The 'rumors' as they say, were first reported by Daily Telegraph, which claimed that the two Aussies got into a physical altercation following a heated argument at the Taj Coral Resort, late at night.

However, Warner and Slater have said: "nothing happened".

“There is absolutely nothing to the rumor mill Buzz. Davie and I are great mates and absolutely zero chance of (having) a fight,” Slater said to foxsports.com.au.

“There has been no drama. I don’t know where you get these things from. Unless you were here and have got concrete evidence you can’t write anything," Warner, who was removed as SRH's captain midway through IPL 2021, said.

A group of 39 Australians has gone to the Maldives in a charted flight after the postponement of IPL since there were no direct flights back to their country.

Former Australian opener Michael Slater had also escaped to the Maldives a few days earlier, who too was in India as a commentator for the T20 league.