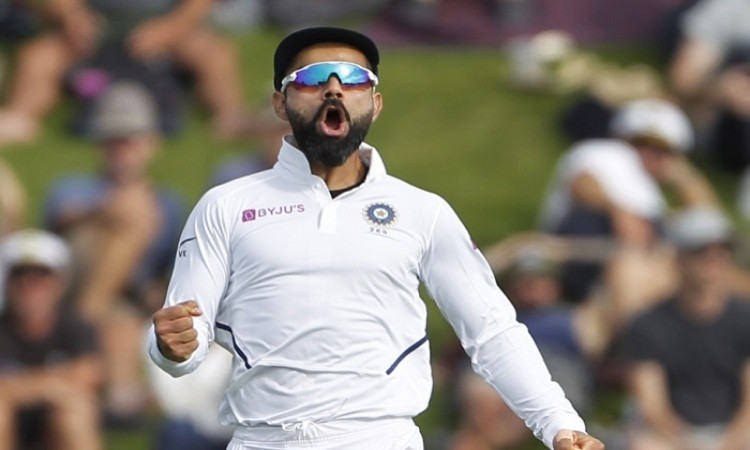 Mumbai, June 24:  India skipper Virat Kohli on Wednesday stated that nothing comes close to playing an "intense game in whites" and added that he was blessed to play Test cricket for the country.

"Nothing comes close to playing a intense game in whites. What a blessing to be able to play Test cricket for India," Kohli said in an Instagram post.

Currently, the Indian skipper is ranked second in the ICC Test rankings for batsmen, behind Australia's Steve Smith.

Recently, Indian batting legend Sunil Gavaskar drew similarities between Kohli and former West Indies batsman Vivian Richards. 'The Little Master' recalled what it was like to play against Richards and stated Kohli also bats like the way the former West Indies talisman used to do.

"It was very difficult to keep Viv Richards quiet when he was at the crease," Gavaskar said on Star Sports' show ‘Winning the Cup -- 1983'.

"That's why Virat Kohli is considered as the No. 1 player because he bats exactly like Viv Richards. Earlier, Gundappa Vishwanath, V.V.S. Laxman used to bat like this," he added.