Notebook celebration thing is not going to work: Virat Kohli to Kesrick Williams 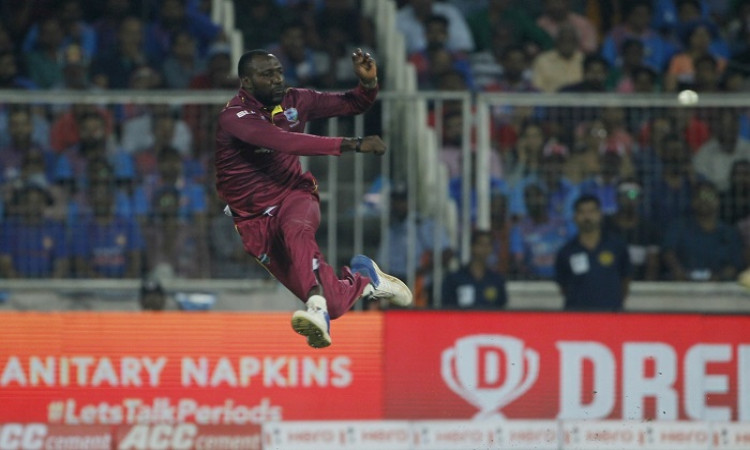 New Delhi, May 11:  West Indies fast bowler Kesrick Williams lifted the lid on his rivalry with India skipper Virat Kohli in an interview recently. The two first came face-to-face in 2017 when Williams used his signature 'notebook celebration' after dismissing Kohli during a contest in Jamaica.

"Virat Kohli is the first person I did that notebook celebration on in Jamaica. When I did the notebook celebration, I did it because I liked it and I did it for my fans. But Kohli didn't see it that way," Williams said in a video interview uploaded on International Cricket Network 360 YouTube channel.

"After the game finished, I went to shake his hands, Kohli said good bowling and he walked off. He didn't walk off rudely. But it was the end of our greeting."

Fast-forward two years and Kohli took apart Williams during the T20 series in India in 2019. He smashed an unbeaten 94 off 50 deliveries in Hyderabad and during the course of his innings, also mimicked Williams' celebration.

"As soon as Mr Virat Kohli walked into bat, he walks straight at me and says, ‘the notebook celebration thing is not going to work here tonight. I'm going to make sure it won't work'," said Williams.

"Seriously! The episode is back from 2017. Every ball I bowled he said something but I simply responded with ‘mate, just shut up and bat. Really, you sound like a child'," Williams said.

"But all he heard was ‘can you just bat and shut up'. The part about child and whatever he didn't hear because I was walking back.