Not the best of times to be MS Dhoni 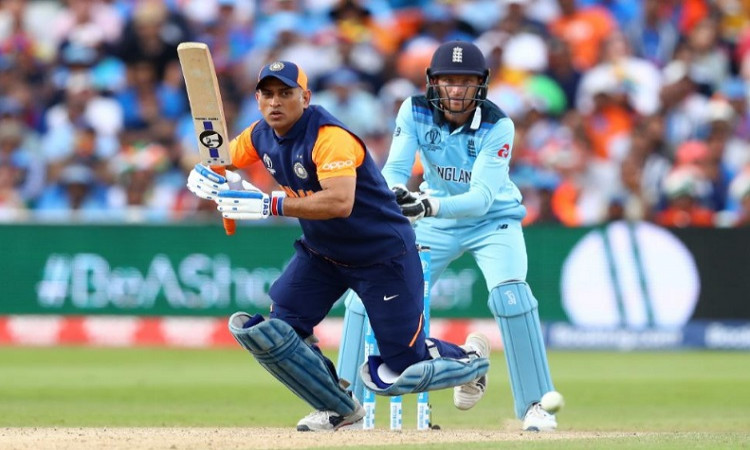 July 1 (CRICKETNMORE) If there's one person who has faced maximum ire following India's defeat to England in Sunday's World Cup game, it is M.S. Dhoni.

Dhoni, who remained unbeaten at 42 from 31 balls, is once again facing some really harsh criticism from former cricketers and fans. His sportsmanship has been questioned following his restricted batting approach during India's chase of 338 at Edgbaston.

Also Read: Including women's cricket in CWG is fantastic: Kallis

One can argue that the veteran cricketer didn't go as hard as expected in the last five overs of the chase and alongside Kedar Jadhav, the duo scored 39 runs off the final 31 balls, which included 20 singles and seven dot deliveries.

"I am completely baffled. What's going on! This is not what India needed. They need runs. What are they doing? Some Indian fans are leaving now. Surely they must want to see Dhoni go for his shots, even if he slogs it off in the air. It's a World Cup game, top two sides, give it a go! Indian fans would want their side to do a little bit more. They want their side to go down with a fight. Risk it to win it," said former England skipper Nasser Hussain who was commentating towards the last stage of the game.

But was only Dhoni responsible for the defeat?

During the chase, India -- after losing K.L. Rahul -- resorted to a rather safe approach of keeping wickets in hand and therefore not trying to cash-in on the first powerplay.

Both Virat Kohli and Rohit Sharma, ranked number one and two in ODI rankings, found it difficult to score freely and managed just 28 runs in the first 10 overs. Especially Rohit, who looked out of sorts in the initial phase of his innings and got beaten on numerous occasions -- just did not seem to time the ball.

It can be surely argued that Dhoni should have shown some urgency after Hardik Pandya got out. But wasn't he trying? No one is talking about the fact how good the English bowlers bowled to him in the last five overs. They didn't provide him with any pace which he could use to his advantage and go down-town. Also, the length at which the England bowlers were bowling to him was immaculate. Knowing the fact that Dhoni likes it short at the body, they kept cramping him for room and bowled quite a number of slower balls, off-cutters, slower bouncers and just didn't allow him to free his hands.

Also, the slowing wicket didn't help his cause, something which skipper Virat Kohli understood and acknowledged.

"I think MS was trying really hard to get the boundary but it wasn't coming off. They bowled in good areas and the ball was stopping, hence it was difficult to bat towards the end," said Kohli after the game.

With 104 required from the last 10 overs, it was expected that T20 specialists Dhoni and Pandya should have taken the team home, considering they both are big hitters and have won their respective franchises on numerous occasions in the Indian Premier League (IPL) and Team India in the shortest format of the game.

However, if Dhoni would have gone out while trying to slog and just go after what was a brilliant spell of bowling by the English bowlers, he would have been again criticised for throwing away his wicket.

Former Indian cricketer Sanjay Manjrekar termed Dhoni's batting approach as "baffling" and he demanded a more attacking brand of cricket from one of the greatest finishers ODI cricket has ever seen.

One has to really understand though that this is not the same Dhoni who used to be five years ago. Although, his wicketkeeping has not been affected with the growing age, his batting for sure has been impacted with him struggling to rotate the strike and hit the ball as cleanly as he used to in the past.

With him not being able to be flambouyant and start from the word go, most of the Indian fans now see him as done.

Dhoni, is surely, a legend of the game, but at the same time, it's really hard to be Dhoni in the current scenario.