Former cricketer Virender Sehwag doesn't believe that Team India head coach Ravi Shastri was unaware of Rohit Sharma's health condition, which has seen the opener not being named in the squads for the Australia tour. 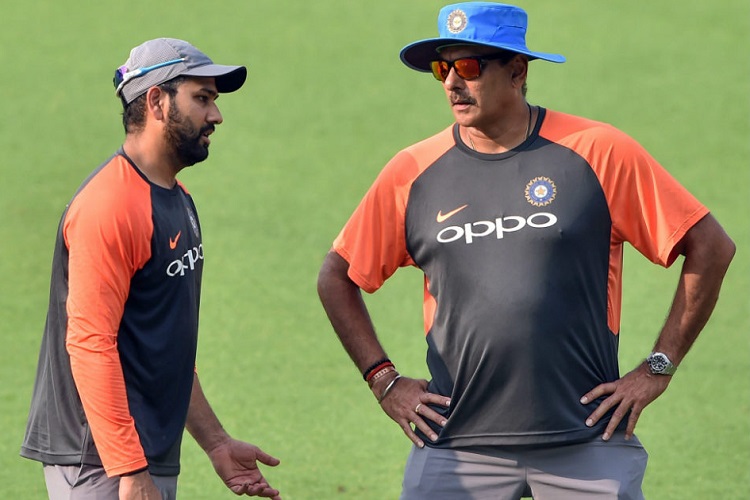 Shastri, while speaking to a news channel last week, said he is not a part of the selection committee and hence it was not his call to include Rohit in the three squads for the tour of Australia beginning at the end of this month.


Styris Explains Why Chahal Has Been Successful In IPL 2020

Shastri had said Rohit's medical report stated that "he could be in danger of injuring himself again" and advised the 32-year-old not to rush his comeback.

"I don't think that it is possible that Ravi Shastri did not know about Rohit Sharma's situation," Sehwag said on Cricbuzz. "Even if he is not a part of the selection committee, the selectors must have spoken to him a day or two days ago regarding what he was thinking, and taken his feedback and inputs.

"I do not agree with this statement of Ravi Shastri that he is not a part of the selection committee. Even if it is not official, the coach and captain must have spoken unofficially to the selectors regarding who should be in the team for the Australia tour," he added.

Rohit, however, on Tuesday evening appeared for Mumbai Indians in their last league match against SunRisers Hyderabad in the ongoing IPL. After their 10-wicket defeat to SRH, Rohit said that his hamstring was fine.

"Ya, absolutely!" Rohit replied when commentator Mark Nicholas asked him if his hamstring was "completely fine".

"I am surprised to see that a player who is ready to play for the franchise has not been selected to play for the country. This is surprising and mismanagement from the BCCI. They should have taken all the information that if he can play for his IPL team then he should be kept in the Indian team," the 42-year-old said.

"If he got injured, they could have called in a replacement for him. But he was not kept in India's squad, this I don't understand. This is a strange year. Now, what you will do? He played this game against SRH. He will play the playoffs games. He is saying I am fit. Then why didn't you pick him," he added.

The BCCI last Monday named the Indian squads for three T20Is, three ODIs, and four Tests against Australia in which it left out Rohit saying "the BCCI medical team will continue to monitor the progress of Rohit Sharma and Ishant Sharma".

However, soon after the announcement, Mumbai Indians had tweeted pictures and a video showing the 32-year-old taking part in a net session.

"I didn't see what was shown something about him practicing in the nets for Mumbai Indians. So I don't know what his injury is. If his injury was serious, he won't even be padded up. So we're talking about a tour which is starting in December, the Test matches start around December 17 which is a month and a half away," Gavaskar had told Star Sports triggering the conversation on October 26. The India squad was announced just hours ahead of his comment.

"If he is practicing in the nets for Mumbai Indians, honestly I don't know what kind of injury it is. I think a little bit of transparency and a little bit of openness about what actually is the problem with him will help everybody. The Indian cricket fan deserves to know more than anything else," he added.