Mumbai, Jan 13:  India captain Virat Kohli doesn't just aim at personal glory but also wants to prepare a team for the future and has stressed on a long-term vision for the Men in Blue. The Indian run-machine believes his work as a captain is also to leave behind a team which is as good as the present one. 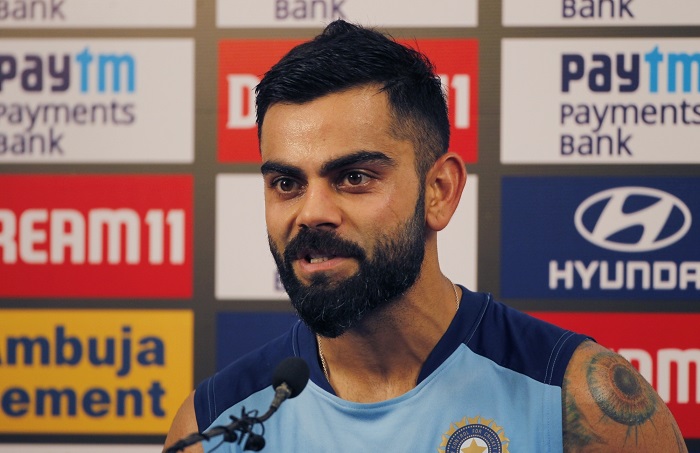 Speaking to reporters on Monday on the eve of the first ODI of the three-match rubber against Australia, the Indian captain said: "Being the captain of the team, it is my job to make sure that the next lot is also ready. A lot of the other people might not look at it that way, but your job as a captain is not only to look after the team right now, but also to prepare a team that you leave behind when you eventually pass it onto someone else."

Stressing that the vision has to be long-term one, Kohli said: "So these are times when you need to be aware. It is very easy to get into a personal zone, saying I need to get runs and when I score, I feel good about everything. It is not like that, it does not work like that."

"The vision has to be always on the larger picture and figure out how can you make these guys confident. If at all someone has to take responsibility, it should be me and give the other guys opportunities as well," he added.

The 31-year-old also felt that the present Aaron Finch-led Australian team is stronger than the one which toured India last year and emerged victorious 3-2 in the five-match ODI rubber.

"They are a stronger side than the one that came to India last time, but they still won the series. In the series before that, they played a full strength side but we won the series," Kohli said.

Kohli said that both India and Australia are two well-balanced sides in each department of the game.

"We, along with Australia, are probably the top two sides, as far as balance is concerned. Whether it's relevant or irrelevant that's for people to decide. But we as a team are excited to play Australia, in our conditions, to test ourselves against the best," Kohli said.

"But in the year of the World Cup, as many games we play, it is going to benefit us, especially white-ball cricket. From that point of view, we are looking forward to play this series," he concluded.