'Not ideal': Josh Hazlewood on one venue suggestion for Australia-India series

Melbourne, April 22: Australia speedster Josh Hazlewood feels playing the Test series against India at just one venue won't be ideal after the same was suggested by Cricket Australia chief Kevin Roberts on Tuesday. 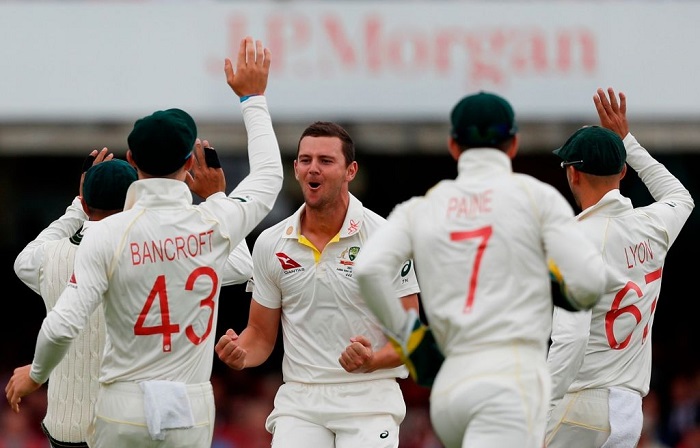 Due to the ongoing coronavirus crisis, Roberts came up with the idea of playing all matches at a single venue to keep players and staff safe.

Hazlewood stated the players would want to test themselves against the best team in the world across different conditions and wickets in the country and playing at one venue should be kept at last resort.

"It's not ideal though. We want to get around to all parts of Australia and challenge ourselves on all those different wickets," Hazlewood was quoted as saying by cricket.com.au.

If this plan does get a go ahead then Hazlewood believes Adelaide Oval is the best place to play all the matches.

"The bowlers and batters would probably be happy with that, it's probably been the best cricket wicket in the last four or five years," he said. "It gives a bit to both batting and bowling, I wouldn't mind it."

Earlier, Roberts had said they are considering all the options before taking a decision as the Border-Gavaskar Trophy remains a fair distance away.

"We won't rule anything out in terms of the Indian series. Along with the BCCI and Indian players, we want to stage a series that inspires the cricket world, whether or not there are people in the stands," Roberts told reporters through video conferencing.

"We need to face into all possibilities. Fortunately, we have a little bit of time to work out the scenarios."