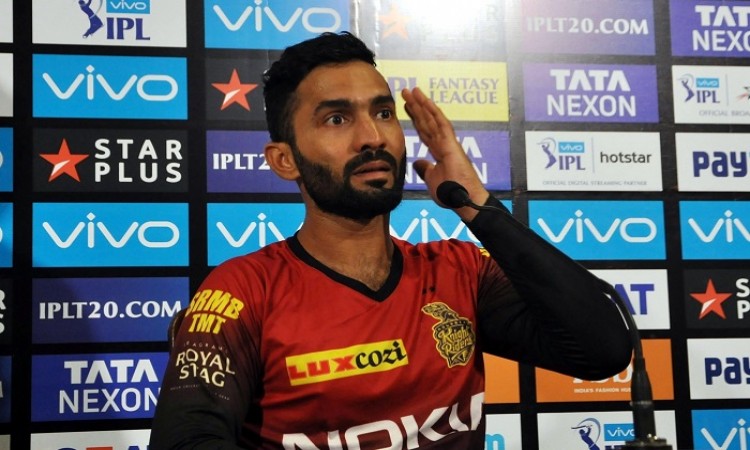 Kolkata, April 13 (CRICKETNMORE):  Despite the pacers leaking as many as 109 runs in just 8.5 overs against Chennai Super Kings (CSK) in the previous game, Kolkata Knight Riders (KKR) captain Dinesh Karthik on Friday said it's not a concern going into their next encounter, at home against in-form Sunrisers Hyderabad.

R. Vinay Kumar was the worst hit among the seamers, going for 35 runs in 1.5 overs as he bowled the first and the last over. Besides Vinay Kumar, Andre Russell (0/35) and Tom Curran (2/39) were also expensive.

Needing 17 runs in the final over, CSK's English recruit Sam Billings hunted down the runs with one ball to spare.

In the first game against RCB, KKR pacers had conceded 70 runs in 8 overs.

"It's not a concern. One thing that the overs that have gone for big runs are big overs so that's something we need to look into. It's early days in the tournament so there's room for improvement," Karthik told reporters on the eve of their game against Kane Williamson-led SRH.

There are chances that Vinay Kumar might be dropped from the playing XI after his poor show not only in the last match but also in their opener at the Eden Gardens against Royal Challengers Bangalore.

Vinay, in that game, conceded 16 runs in the first over and the same number in the final over.

"Look to be fair to him, I think he bowled some real pressure overs in both the games," Karthik said of Vinay Kumar.

"Those were real pressure overs 1 and 20 in both games. He will be the first one to put his hand up and say he could have bowled a lot better. But having said that, I know he is a strong character and he will come back strong," the 33-year old Karthik added.