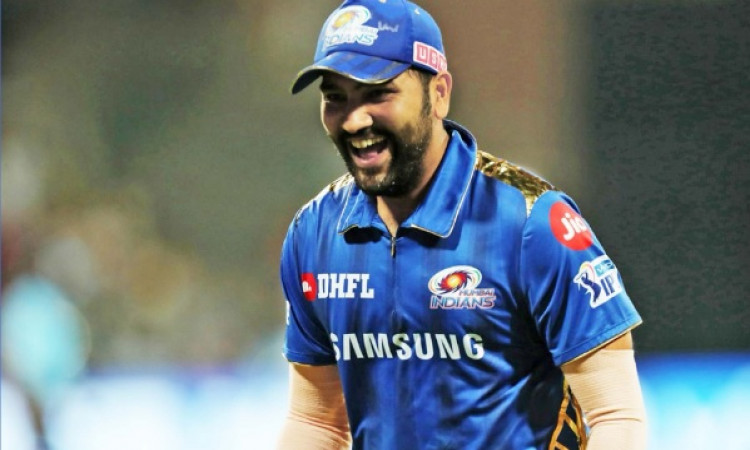 May 13 (CRICKETNMORE) Behind every successful journey, there is a lot of struggle and heartbreak that goes unnoticed. Done with the celebration and the post-match presentation at the Rajiv Gandhi International Stadium on Sunday, Mumbai Indians skipper Rohit Sharma took a trip down the memory lane as he walked back into the dressing room after lifting the IPL trophy for a record fourth time.

With the noise settling down and the feeling of being the champions sinking in, Rohit took the boys down to May 20, 2018. A loss to Delhi Capitals (then Daredevils) at the Feroz Shah Kotla saw the Mumbai Indians' journey end as they failed to qualify for the playoffs. This very team, which on Sunday was the cynosure of all eyes, had people questioning their ability and prowess. But the skipper had the back of the boys when things went downhill and the boys repaid the faith with the title this season.

IANS has learnt that Rohit, after Sunday's summit clash, in his speech inside the dressing room mentioned how he believed in the boys even when the chips were down and he was extremely proud of how they came back with a bang this season.

"Last year after we couldn't qualify for the playoffs in Delhi, I told you all that this is a damn good team we have. Our run (2018 season) didn't go as expected, but I believed that this team can do wonders. Today we have shown our character. This is the hallmark of our team. We believed in each other till the last minute. Each one of you was exceptional this season and I am just the lucky guy who gets to lift the trophy. So, thank you to all the boys, support staff, management and everyone for being a part of this wonderful and historic journey," Rohit said in his victory speech to the boys.

In fact, sources in the know of developments said that this year too, Nita Ambani and Akash had a word with the boys after their loss to Kolkata Knight Riders at the Eden Gardens on April 28. Speaking to the team in a huddle after the game, both the owners had told the boys to believe in themselves and their abilities. In fact, Akash had told the boys to avenge the defeat when the two teams would meet again at the Wankhede Stadium in a week.

Not only did the boys avenge the loss with a resounding nine-wicket win, but they also went on to win the remaining two games of the season to be crowned champions.