Veteran Pakistan allrounder Mohammad Hafeez on Sunday made a sarcastic remark mocking the New Zealand cricket team, which abandoned the white-ball series against the hosts due to security concerns hours before the start of the three-match One-day International series on September 17 at Rawalpindi. 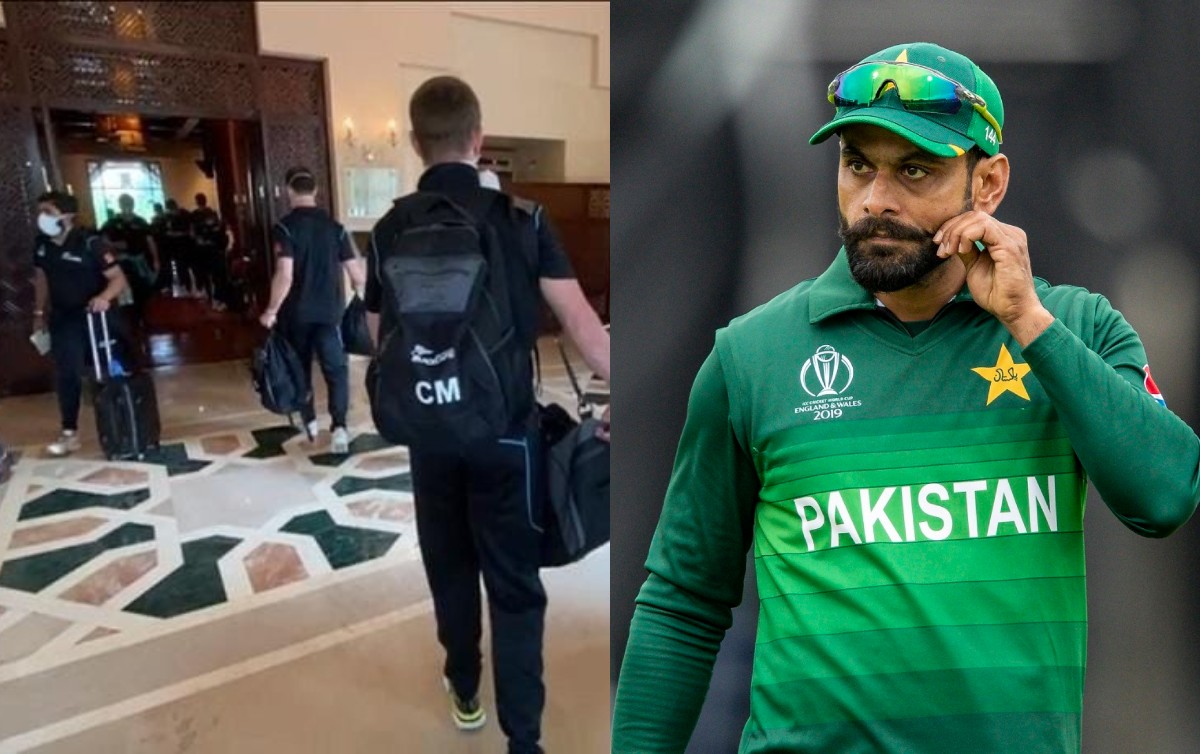 Hafeez, a veteran of more than 50 Tests and 218 ODIs, is unhappy with the way the tourists called off the tour following a New Zealand government security alert.

Thanks to the secutity of pakistan forces to make arrangements to @BLACKCAPS to reach at airport Safe & Sound. Wonder same route & same security but no threat today??? pic.twitter.com/mwxq6AFjyT

The Pakistan Cricket Board (PCB) is reportedly planning to take up the issue with the International Cricket Council (ICC) and the new PCB chairman Ramiz Raja had tweeted hours after the abandonment of the series that it was a "unilateral approach" by the New Zealand government.

"Crazy day it has been! Feel so sorry for the fans and our players. Walking out of the tour by taking a unilateral approach on a security threat is very frustrating. Especially when it's not shared!! Which world is NZ living in??NZ will hear us at ICC," Raja had tweeted on September 17.

New Zealand Cricket (NZC) posted pictures of the players arriving in Dubai on Sunday morning after a short flight from Islamabad.

The BLACKCAPS have arrived in Dubai after leaving Islamabad on a charter flight last night (New Zealand time).

The players and support staff are now settling into their Dubai hotel and undergoing a 24-hour self-isolation.

Of this group, 24 will return to New Zealand over the next week or so, as flights and MIQ (managed isolation and quarantine) rooms in New Zealand become available, said NZC.