No surprises in India's T20I squad for New Zealand tour 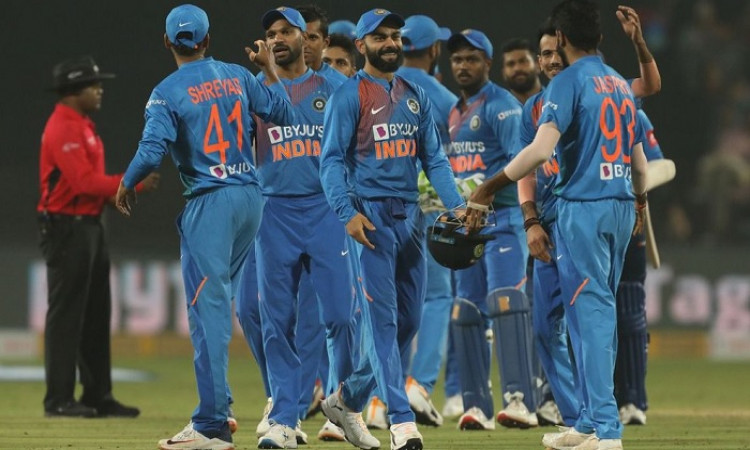 Mumbai, Jan 13: India named a familiar 16-member squad for their five-match T20I series in New Zealand starting January 24, leaving out Sanju Samson from the squad which took on Sri Lanka in the just-concluded T20I series at home.

Vice-captain Rohit Sharma and pacer Mohammed Shami were named after being rested for the three-match series against Sri Lanka which India won 2-0. The first match was washed out. Rohit and Shami will play three ODIs against Australia at home before flying to New Zealand.

Shikhar Dhawan retained his place in the side after making a comeback from injury and finding form against Sri Lanka. With in-form K.L. Rahul in the mix, it will be interesting to see who opens the batting with Rohit who is a certainty.

India take on Kane Williamson's New Zealand in the first match in Auckland on January 24, followed by the second match on January 26. The fifth and final T20 will be played on February 2.

Meanwhile, all-rounder Vijay Shankar was included in the India 'A' squad for New Zealand since Hardik Pandya's rehabilitation process is taking longer than expected, a BCCI statement said.

As reported by IANS on Saturday, Hardik had to be removed from the India 'A' team after it was understood that he wasn't ready for the rigours of international cricket yet.