No Point In Jumping Here And There And Gifting Wicket: Madan Lal To Pant

India vs England 2021: Wicketkeeper-batter Rishabh Pant must spend more time in the middle and not just look to hit every ball, "jumping here and there", feels former Indian cricketer Madan Lal. "Yest 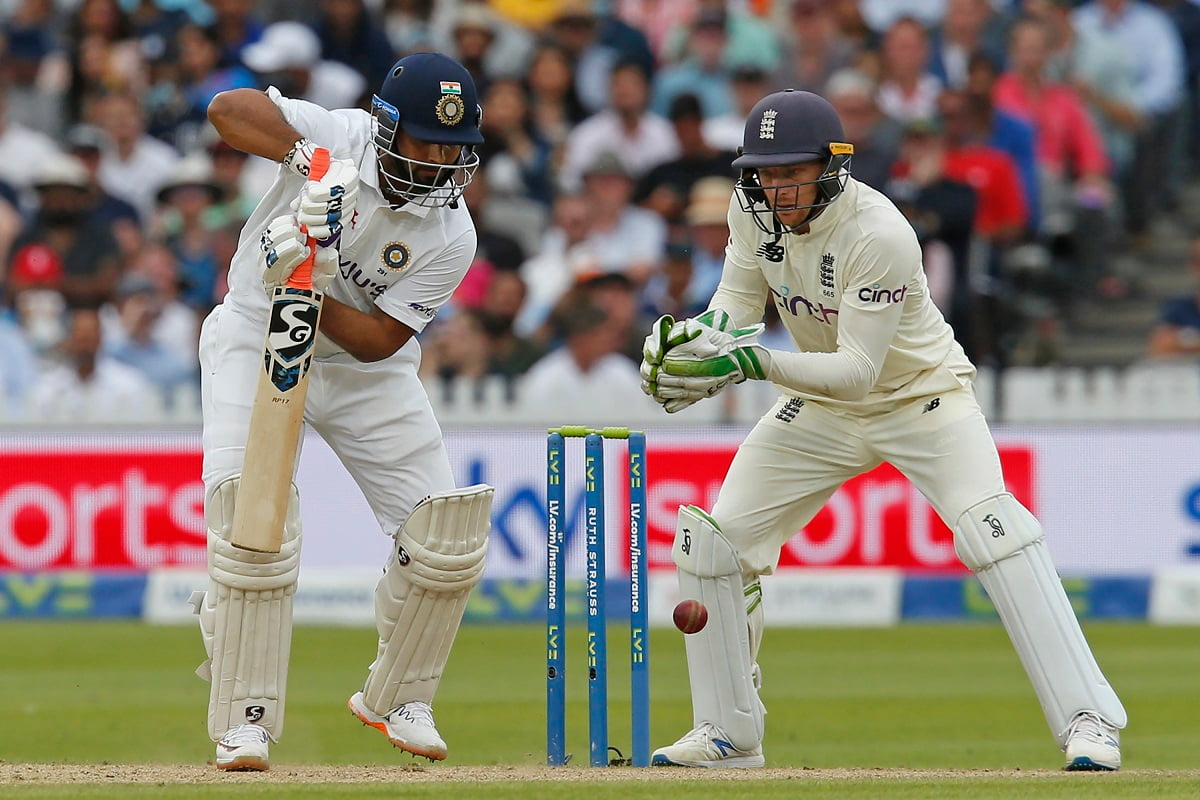 India vs England 2021: Wicketkeeper-batter Rishabh Pant must spend more time in the middle and not just look to hit every ball, "jumping here and there", feels former Indian cricketer Madan Lal.

"Yesterday he (Pant) applied himself very well in the second innings. In the first three Tests, he didn't play well. He is an exciting player and very valuable too… needs to spend some time in the middle. No point in jumping here and there and gifting wicket," Madan Lal told IANS.


'Mushfiqur Rahim Does Not Want To Keep Wickets In T20I Anymore'

The left-handed batter from Delhi smashed 50 off 106 to bring up his first half-century of the series. However, no sooner he smashed his fifty, he was outplayed by Moeen Ali in the successive delivery.

"Getting out to some brilliant delivery is fine but gifting a wicket is not good. I liked the way he played yesterday. This is how you play Test cricket or say any format. He must keep this momentum going," said the former cricketer.

The fourth Test between India and England hangs in the balance after an intriguing day's play at The Oval on Sunday. The hosts reached 77 for no loss and needed another 291 runs on the final day after Haseeb Hameed and Rory Burns fought back for England.

If chased down, it will be England's highest successful Test chase ever. And according to Madan Lal, the match is currently sixty percent in favour of India. "England need to do something special to chase down this total. But they have started really well and if they manage to go on till lunch on Day 5 without losing any wicket then there will be trouble (for India). The wicket is fine and I would look to take quick wickets.

"Chasing 271 on the final day is not an easy thing, but everything is possible in cricket. Currently, I would say the match is 60-40 in favour of India. 60 percent India and 40 percent England," the former Indian cricketer said.

In the 141 years Test cricket has been played in England, only twice has a team managed to chase down a target greater than 350 to win. "India know how important it is to win this Test because in the final encounter, it will be really difficult to bounce back," he said.

Madan Lal further showered praise on Rohit Sharma from his brilliant knock. India's opening batter finally crossed the hurdle and brought up his first Test century outside India, eight years after his debut in Test matches for India.

Rohit has been one of the consistent Indian batters throughout this series with two fifties before Saturday. "He (Rohit) is of a different class. He adapted to the situation very well. His knock, when India needed it the most, would be remembered for long. Letting him open the innings also boosted his confidence and helped him," Madan Lal concluded.