No, I can't have him in the squad: Stokes on Hales before WC 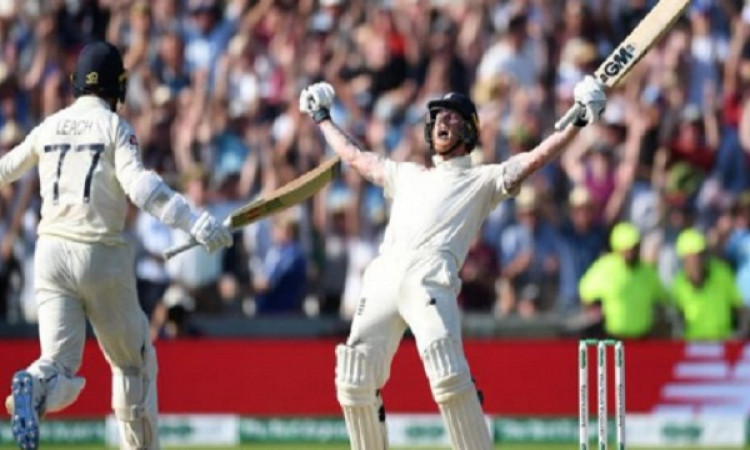 London, Nov 16. All-rounder Ben Stokes said that the decision to drop batsman Alex Hales from the England squad that went to the 2019 World Cup was necessary to avoid any "off-field issue hanging over the team" going into the tournament.

Stokes said that England skipper Eoin Morgan had sought out the senior players of the team for their opinion on whether Hales should be in the team. Stokes said that the team had learnt of the fact that Hales was missing cricketing action due to testing positive for recreational drugs only through the newspapers.

"Eoin Morgan made it his business to seek out the senior players within the squad to canvas their views as to what should be done about Alex's situation," Stokes said in his new book 'On Fire.' "When asked directly what I would do, I came straight out with it: ‘No. I can't have him in the squad'."

"The group of senior players within the squad had no idea that he had been suspended because the ECB's rules require it to keep such suspensions confidential. It was soon clear that I was not the only one questioning how we had not known anything about it," said the England all rounder.

"It was not that any of us wanted to pry into the troubles of one of our teammates; rather than Alex as an individual had not felt able to share his struggles with a group that he'd spent so much time with, in a team environment over the past few years, that bothered us. We had been a tight-knit team throughout Eoin Morgan's captaincy period and so reading the finer details in a newspaper was not a great way for us all to find out."

Stokes said that he was drawing from his own experience of being in the centre of off-field troubles that hung over England when they were playing an important series.

"I was speaking as someone with first-hand knowledge of what it's like when an off-field issue is hanging over a team," he said. "I went into all the details about my experience of what happened on the 2017-18 tour of Australia and posed the question as to whether Hales was the level of player that we could make an exception for. Was he so indispensable that he was worth keeping in the squad no matter the sideshow that might ensue? No. This was the resounding response from myself and other senior players."

"In the end, it came down to us protecting the culture and environment we had built. A World Cup only comes around every four years and retaining Alex as a squad player would have proved too much of a distraction," he said.

Also Read: T10 can be catalyst for global growth of cricket: Zaheer Khan