"No Days Off For Captain Kohli", Work Out Pic Of Kohli Goes Viral 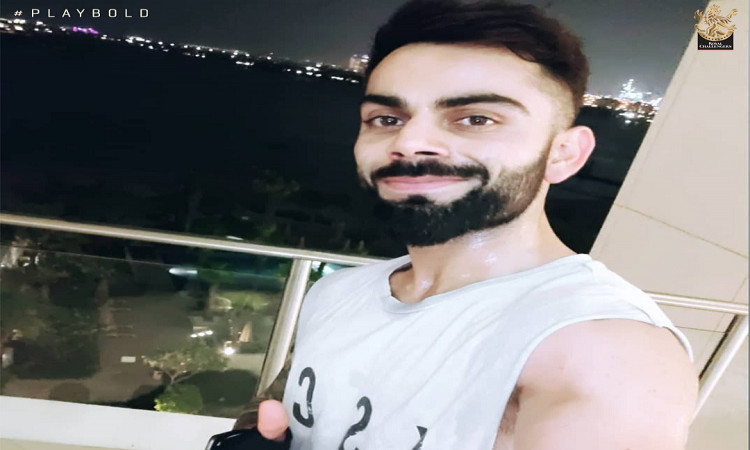 There is no stopping for Virat Kohli when it comes to doing his routine workouts.

A day after landing in Dubai for the 13th edition of the Indian Premier League (IPL), the Royal Challengers Bangalore and India captain decided not to waste any time and get going in his physical training inside his hotel room.

RCB took to twitter to share Kohli's photograph after training with the caption: "No days off for Captain Kohli!"

The video of their arrival was shared by the RCB on their official Twitter handle.

After arriving, de Villiers said: "I am very excited, very happy to be here. Travelling was bit different to normal but we have made it here with my South African friends and we are very happy to be back in the RCB family. I am looking forward to my Covid-19 test."

"It's been quite a while that we have played the game that we love. So yeah very challenging but we are very excited to get going, a little bit nervous too to be honest," said Morris.

"It's going to be interesting to play in the heat. We got here like 3 in the morning and it was steaming outside. Looking forward to what's it going to be like in a few weeks," said Steyn.

RCB's squad, majorly Indian players, reached Dubai on Friday ahead of the season slated to begin from September 19 until November 10.

The franchise had on Thursday confirmed that they are taking a contingent of 40 people with them to the UAE. Among these 40, 21 are players, 14 are part of the staff including coaches and physiotherapists.

The remaining five are net bowlers.