The New Zealand men's cricket team will begin their home season against the West Indies with a three-match T20I series slated to start from November 27 at Eden Park. After the T20Is set to be played till November 30, the teams will play two-Test series from December 3 to 15. 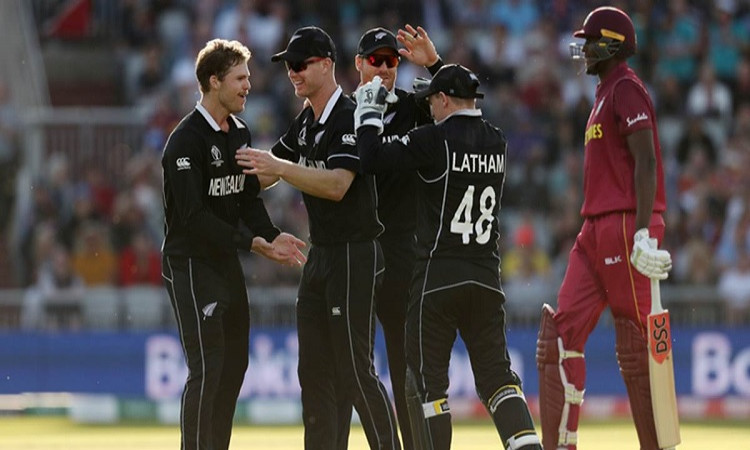 Apart from the West Indies, Pakistan, Australia and Bangladesh are also set to visit New Zealand in the upcoming months.

Pakistan will be playing three T20Is and two Tests against the Black Caps from December 18 to January 7. The first Test against Pakistan at the Bay Oval will be the eighth Boxing Day Test in New Zealand and the first since the Black Caps beat Sri Lanka at Hagley Oval in 2018. Wellington (five Tests) and Christchurch have hosted the others.

Then the Kiwis will take on Australia (five T20Is) and Bangladesh (two ODIs and three T20I) in February and March.

"Hosting these tours is incredibly important to us for two reasons: international cricket brings in revenue that funds the entire game of cricket in New Zealand and, also, it's crucial that we look after the fans of the game and sport in general, especially during these difficult times," said New Zealand Cricket's CEO David White in a statement.

White said NZC was aware of the challenging circumstances in which many New Zealanders had found themselves in the wake of the Covid-19 crisis and would be cutting the price of an adult ticket by almost half, to acknowledge this.

"It might sound counter-intuitive to be lowering ticket prices at a time of great additional cost and expense to the game, but we think it's the right thing to do," he said.

While no international side would be in New Zealand through the bulk of January and early-February, White said Kiwis could still look forward to top cricket.

"One of the silver linings is that our Super Smash competition, which will be played in that window, will now be boosted by the presence of Black Caps and White Ferns.

"It's going to be the best Super Smash yet, I'm confident of that," he said.