Kochi, April 8:  India wicketkeeper-batsman Sanju Samson has not had a lot of chances to stake a claim but he is happy with sharing the dressing room with the likes of Virat Kohli and Rohit Sharma while learning from them. 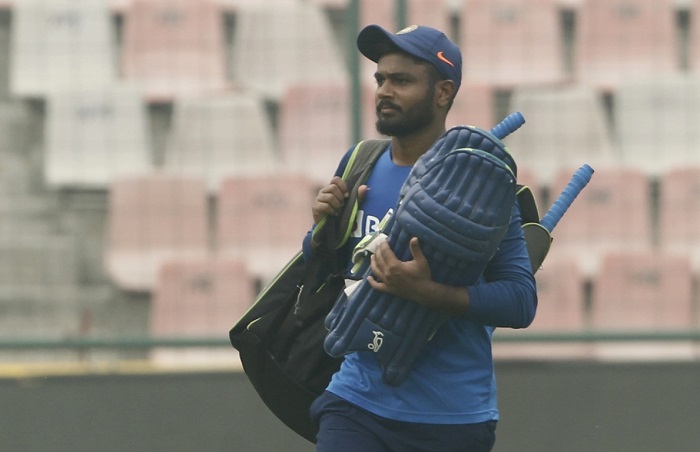 Samson, 25, played two T20Is in New Zealand in the five-match series which India won 5-0, but failed to make an impact with scores of 2 and 8. He was given a chance against Sri Lanka also in Pune earlier this year but there also he managed just six.

"I looked at the brighter side of things. I got to share the dressing room with legends like Virat bhai and Rohit bhai and there is a lot to learn from them even if we just observe the way they handle themselves on and off the ground. And then to be a part of the world's best cricket team is not a small thing," he told The Times of India on his time on the bench.

"The New Zealand tour was one of the best times of my life. Yes, it is true that I could not perform with the bat the way I would have loved to. But I believe the change of style that I have adopted in my batting recently will sometimes lead to failures. I have started to accept that fact and I wait and prepare for my next big successful innings," he added.

Samson recalled when he was sent to bat in the Super Over alongside skipper Virat Kohli in the 4th T20I, it helped boost his confidence. "In fact, I was sent in to bat in the Super Over again in a tight match (fourth T20I in Wellington), that too with Virat Kohli. So you can make out the trust the Indian team had on me. That moment was a huge achievement in my career," he said.