New Zealand Took The Indian Batters Out Of The Equation: Ish Sodhi

New Zealand leg-spinner Ish Sodhi believes that taking the Indian batters out of the equation was a big thing for his team in their T20 World Cup win on Sunday. He added that it was important to bowl according to how the conditions were. 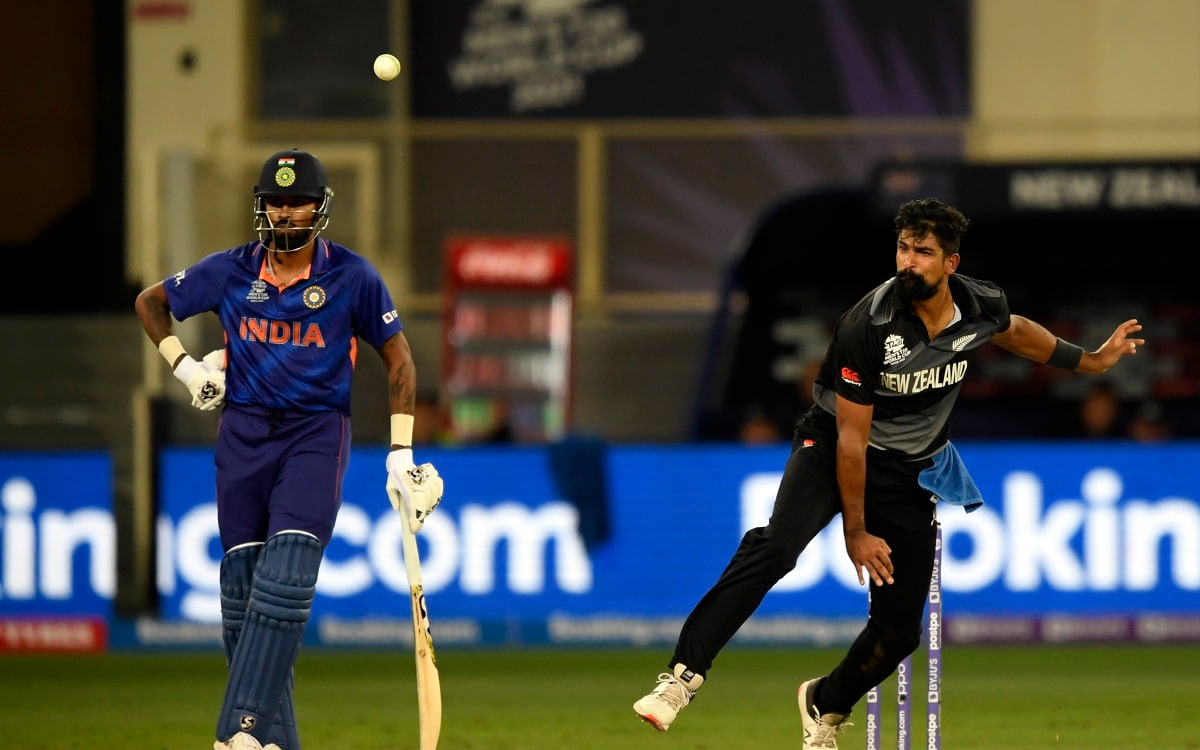 Sodhi, along with Trent Boult and Mitchell Santner, were instrumental in restricting India to a paltry 110/7 in 20 overs. In reply, New Zealand chased down the target with 33 balls to spare, registering their first win of the ICC Men's T20 World Cup.


Batters Played Attacking Shots To Give Cushion To Bowlers In 2nd Innings: Bumrah

"I think the big one tonight was taking their batter out of the equation. I think if you bowl to the conditions, it was important. You didn't want to get too full on this side, closest to us, because the boundary on the leg side was so small. Whereas on the other side, the leg side was a lot longer, so you probably had a bit more margin for error with your length. I think it was just being really conscious of that and making sure you bowled to the conditions more so than the batters," Sodhi said in the post-match press conference.

"And often, even if the conditions are offering something, if there's a little bit of spin or a little bit of bounce or something like that, if you overpitch with the quality of batters on the Indian cricket team the amount of time they take spinners down in the IPL, you're asking for trouble. So, it was important to keep your length back arc on this side of the field," added Sodhi, who was adjudged as 'Player of the Match' for his spell of 2/17 in four overs, including the scalps of Virat Kohli and Rohit Sharma.

Sodhi admitted that the rejigged Indian batting order at the top was a surprise for his team. But he credited the Power-play bowlers for taking out the newly-formed opening pair of Ishan Kishan and KL Rahul. "I think the change to the team was something that we found out quite late. Ishan Kishan has obviously been in great form. So we had to think on our feet, which I think the Power-play bowlers did exceptionally well in doing. You have to be able to think on your feet. As a team, we speak a lot about the depth of conditions. That's a big thing that we try to pride ourselves on. I think when you're faced with circumstances like that, to be able to respond quickly is a great test of character. And I thought the bowlers did that really well in the Power-play today."

Sodhi, along with left-arm spinner Santner, kept India on a very tight leash in the middle overs. With combined figures of 2/32 in eight overs, the spin duo ensured that India didn't get any boundaries in that phase.

"I think off the pitch we have a great relationship. Very good mates. We've played a lot of cricket together now. But I think on the pitch, the way that he bowled today, four overs through the middle. One of those in the Power-play, to create the pressure that he did and do some false strokes, I think a lot of us bowlers benefit a lot from the pressure that he puts on through that middle period. And that can definitely never go unnoticed," remarked Sodhi about his spin partner.

New Zealand's next match in the tournament is against Scotland on November 3 in Dubai.