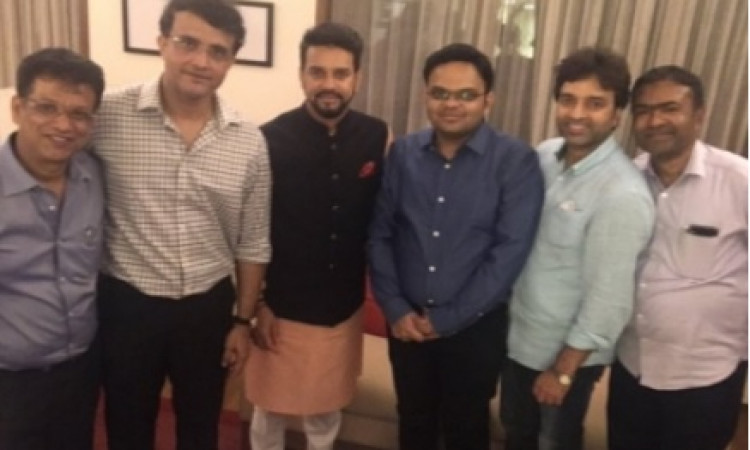 New Delhi, Oct 15  Former Indian skipper Sourav Ganguly, who is all set to be appointed as the BCCI chief, on Tuesday shared a picture with all men who will be the office bearers of the top cricket body in the country.

Also Read: Smith should be made captain once Paine's time is up: Ponting

"The new team at BCCI...hopefully we can work well...Anurag Thakur thank you for seeing this through," he captioned the image.

Ganguly is set to be elected unopposed to the post of BCCI President and Jay Shah, son of Union Home Minister Amit Shah, is also set to be appointed as BCCI Secretary.

While Jayesh will be appointed as BCCI Joint Secretary, Arun and Mahim will take the post of Treasurer and Vice President respectively. Former India batsman Brijesh Patel is also set to bag the position of IPL Chairman.

However, Ganguly's appointment will be a short one as he will have to go in for a cooling off period from September 2020, under the new rules. On October 23, the Committee of Administrators (CoA) will hand over power to the BCCI office bearers.