Seasoned cricket lovers and those new to the sport on gathered at London's Oval ground on Wednesday to witness the historic opening game of the inaugural Hundred tournament. 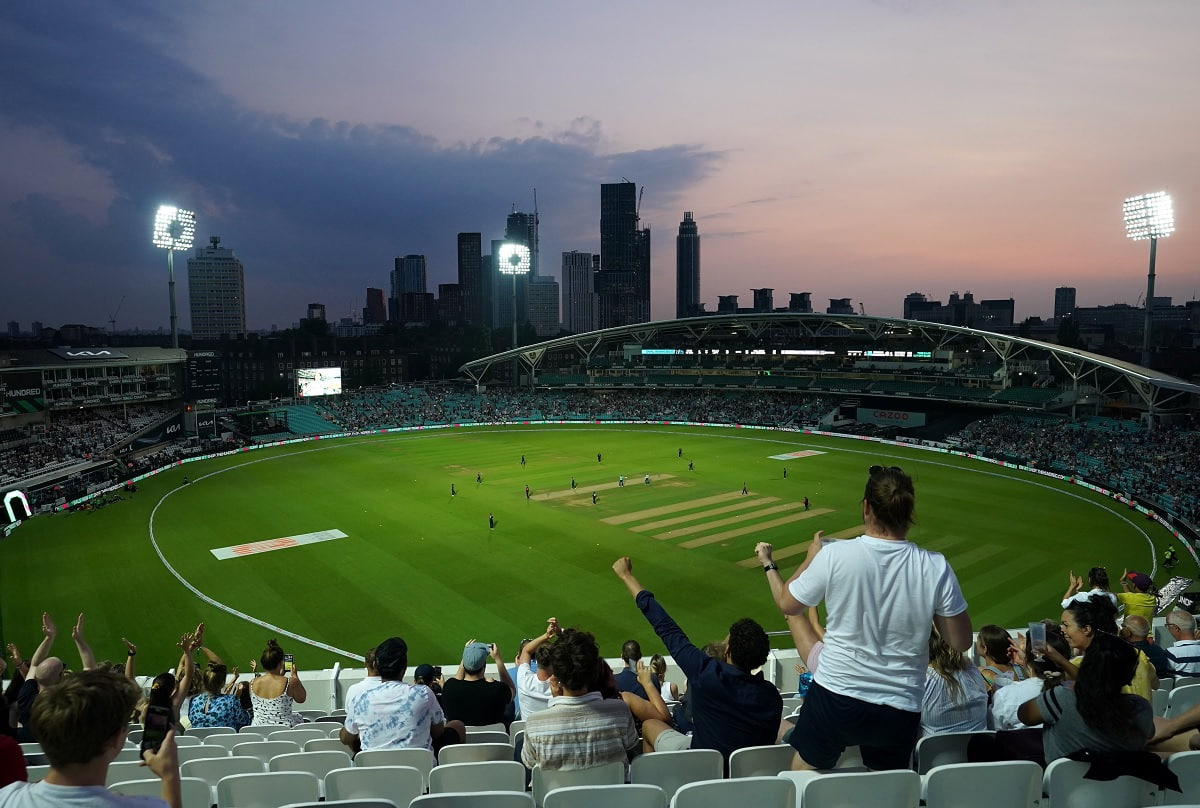 Excited children and young adults were a large presence among a modest crowd of 7,395 -- the Oval can hold up to 28,000 -- who came to watch the women's match between hosts the Oval Invincibles and the Manchester Originals.

English cricket's governing body devised the tournament in a bid to attract new, younger fans and raise revenue, amid concerns that cricket was in terminal decline with dwindling, ageing audiences.

The England and Wales Cricket Board (ECB) set ticket prices for children between six and 15 at £5 ($7, 6 euros) for all matches, and infants entered for free.

However, the Hundred has drawn the ire of more traditional supporters who see a fourth format as unnecessary and a threat to the 18 first-class counties who play in the English game's existing domestic competitions.

But the simplified format appealed to the two young daughters of law enforcement worker Rob Wisden, who thinks the Hundred will make cricket more "accessible".

"If you don't know anything about cricket, six balls an over, 20 overs, run rates -- it's complicated. The Hundred format makes it easier," Wisden, 38, told AFP.

"The marketing has been great, the kits are interesting, the slogans are good," added Wisden, who shares his surname with the title of cricket's most famous almanack. It helps that it's city-based, so it's easy to get behind the local team. It has been handled really well."

"There's a better vibe. You get used to the IPL (Indian Premier League) every year. They (England) have got their own T20 tournament but there isn't the same excitement -- that's what the Hundred brings," he enthused.

Promoting gender equality has been central to the ECB's marketing strategy, with each franchise having a men's and women's team and equal prize money on offer, although the men will receive larger salaries.

And the decision to open the tournament with a women's game was a major reason why schoolgirl and budding cricketer Vedanshree Patel, 14, wanted to watch.

"The new format is an interesting set-up to support women's cricket. Women's cricket was not that big and popular, but now it's going to get big," said Patel, who plays for London-based county team Middlesex.

"There'll be a larger audience and it will increase the standard of women's cricket in the future. Starting the Hundred with a women's game is a really smart move."

Nightclubs in England reopened for the first time since March 2020 this week following a relaxation of coronavirus restrictions, and a party atmosphere was unleashed thanks to a DJ, cheerleaders and a singer performing on a pitchside stage.

A spectacular firework display welcomed the players on to the field, while roaring flames marked boundaries and wickets to entertain the crowd between deliveries on a balmy afternoon in south London.

The cheers and shrieks of delight from young spectators amid blaring pop music contrasted with the more boisterous, alcohol-fuelled atmosphere produced by older, more masculine crowds at Test cricket.

"Women are fed up of waiting for men disappearing for a whole day at the cricket. They are looking at a situation where you can enjoy a game but not for an entire day," said administrator Amanda Townley, 63.

"It is great that women are before the men, it should be very interesting -- it will have a big impact."