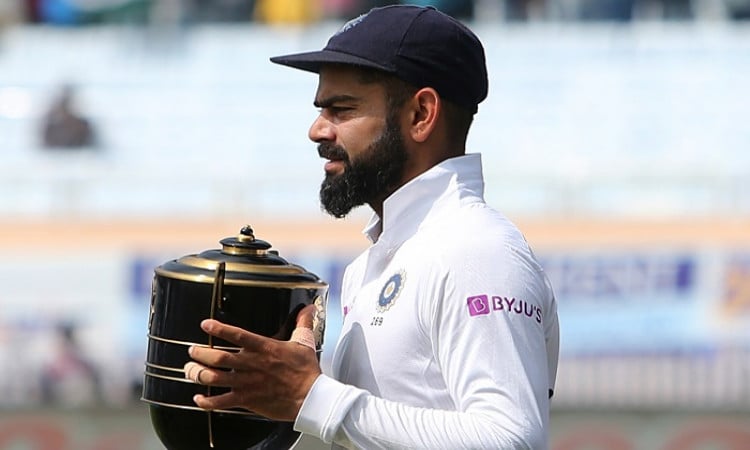 New Delhi, Oct 23: Virat Kohli has been India's batting mainstay ever since he announced himself on the international stage. When he made his international debut in 2008, Kohli was a chubby-faced youngster. However, those days are far behind him as his remarkable fitness transformation is there for everyone to see.

Not only has he become fitter with advancing age, he has brought a fitness culture within the team itself and has inspired almost every member to become more agile and strong.

The linchpin of Indian batting, Kohli -- who now leads the side in all the three formats -- turned vegan last year. The 30-year-old believes that turning vegetarian has helped him immensely.

On Wednesday after watching Netflix's documentary Game Changers, Kohli tweeted: "Saw game changers on Netflix. Being a vegetarian athlete has made me realise what I have believed all these years regarding diet was a myth. What an amazing documentary and yes I've never felt better in my life after I turned vegetarian."

Game Changers is a 2018 documentary produced by James Cameron, Jackie Chan and Arnold Schwarzenegger about the benefits of plant-based eating for athletes. The documentary follows former UFC fighter James Wilks who, while recovering from an injury, travels the world and talks with elite athletes who follow plant-based diets.