After facing defeat in first T20I the Netherlands will take on New Zealand in the 2nd T20I to level the series at the Hague. 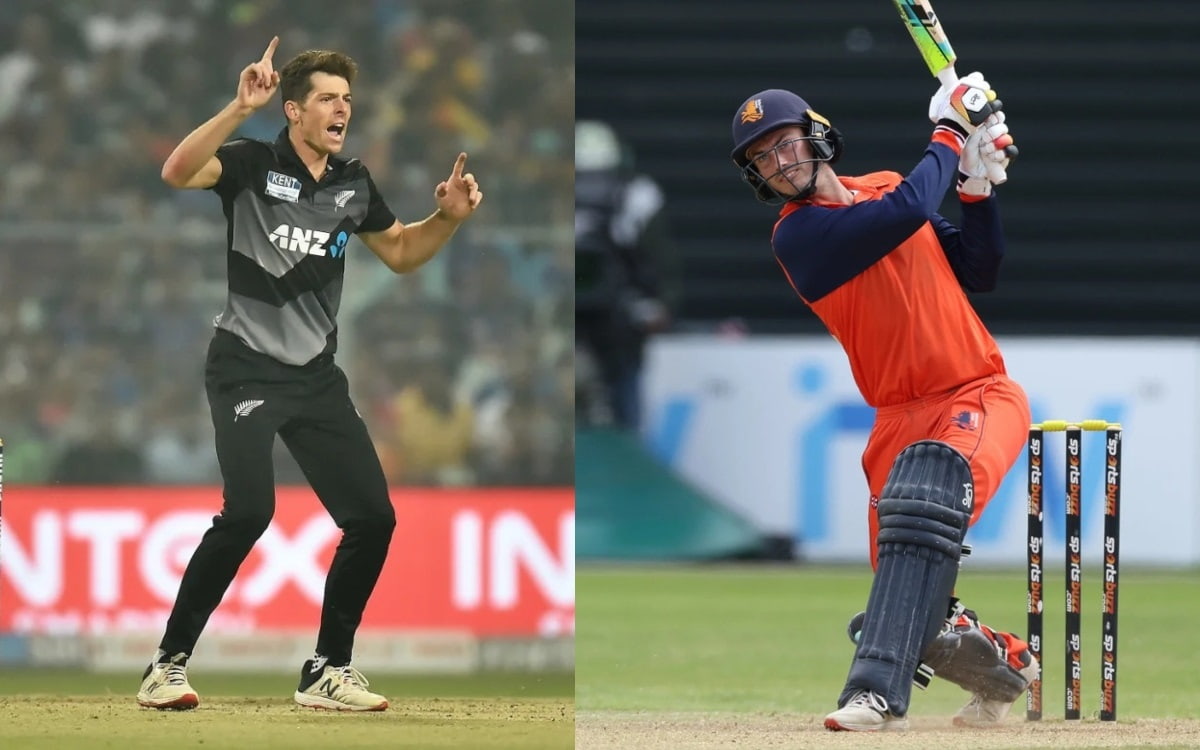 The Netherlands will take on New Zealand in the 2nd T20I at the Hague.

New Zealand started the T20I series against Netherlands with a win by 16-runs in the first T20I match of the two-match series.

Batting first, it took a lot of effort for New Zealand to reach 148 for 7, as the home team's spinners made things difficult. Jimmy Neesham's 32 off 17 provided crucial late momentum which helped the visitors put a par score against the hosts.

Chasing the low total, Netherlands dropped to 15 for 3 in the fourth over when Tickner destroyed their top order, including the awkward dismissal of Max O'Dowd, who was left flat in the crease after attempting to scoop.

The Dutch side was struggling after some early breakthroughs but Bas de Leede (66 off 53 balls) and skipper Scott Edwards (20 runs of 16 balls) paved a 49-run-partnership which helped Netherlands stay in the game and provided some stability. However, the partnership was interrupted when Glenn Phillips spectacular diving catch in the deep stuck off skipper Edwards.

For New Zealand, Blair Tickner (4/27 in 3.3 overs) and Ben Sears (3/22) were the leading wicket takers followed by Santner and Sodhi.

The second match between the two teams that will be played on August 5, Friday will be as exciting as the first match was. In second and the final T20I, New Zealand will be hoping to seal another series, whereas host Netherlands will come out to level the series.

Match Prediction: Who Will Win The Match? NED vs NZ

After a swashbuckling performance in the first match, New Zealand will start as favourites to win the second T20I against the harmless-looking Netherlands side.