The Covid-19 pandemic has affected lives of people irrespective of their professions, economic, social or religious status. Be it a government professional, an engineer, a businessman - the livelihood of each and every individual has been affected to a certain extent. 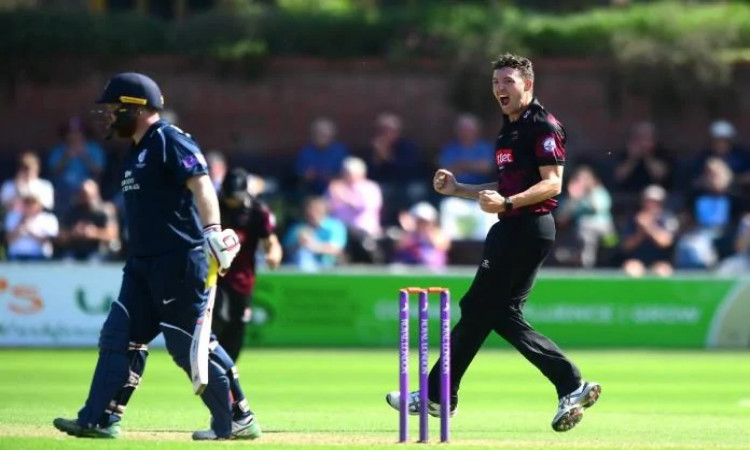 Cricket is also one such sport which has not stayed unaffected as it had to halt following the outbreak of novel coronavirus in March. While financially strong cricket playing countries like England, India, Australia have started cricketing activities and are making their way towards the new normal, associate nations such as the Netherlands, Afghanistan, Namibia, Nepal and others are still trying to come out of the pandemic in order to organise tournaments and look after their cricketers.

A recent tweet by Netherlands cricketer Paul van Meekeren has given an insight on how the players of the second-tier cricket nations are going about their lives amid the pandemic which has claimed more than a billion lives so far across the world. The 27-year-old bowler, who last played against Zimbabwe in June 2019, revealed that he is working as a food delivery guy to make his ends meet during the lockdown.

ESPNcricinfo, in a tweet, mentioned that 2020 T20 World Cup would have ended on Sunday at the MCG in Australia if the situation were normal and there was no outbreak of novel coronavirus.

Retweeting the post, Meekeren expressed his sadness on not playing the tournament and revealed that he has to instead deliver food to get through the winters.

Over 4 lakh Covid-19 cases have been reported in the Netherlands with more than 8,000 people losing their lives to the deadly disease. The country last went into a four-week partial lockdown from October 14.

Meekeren has so far played five ODIs and 41 T20Is for the Netherlands in which he has picked up four and 47 wickets respectively.