Guwahati, Jan 4: India sipper Virat Kohli reckons it will be tough for his side to win ICC events untill the middle-order steps up and delivers in situations when the top-order fails. Kohli also said the success of the team can't revolve around any two or three players and the entire team should click as a unit. 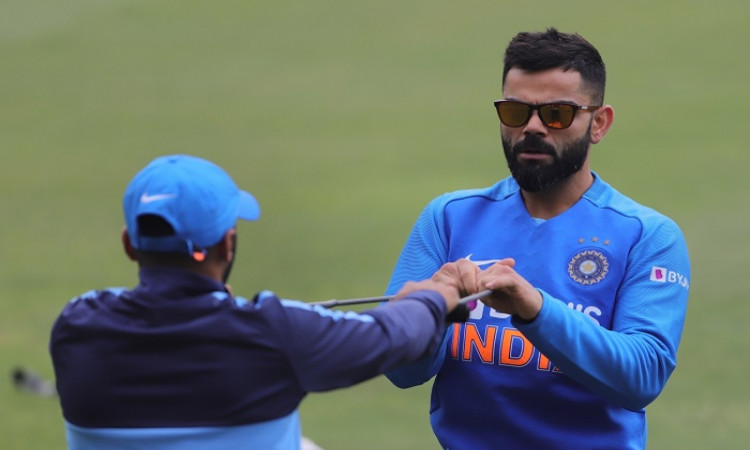 India last won an ICC event back in 2013 when the Men in Blue had lifted the Champions Trophy under M.S. Dhoni.

Speaking on the eve of India's clash with Sri Lanka in the first T20I of the three-match rubber, Kohli said: "We need guys who are ready till numbers six and seven to win you games. It can't be dependent on two guys or three guys in the batting line-up. You know, that's not how you win ICC tournaments.

"So that's our main focus to reveal situations to guys and expect them to come into their own and become those fearless match winners that we should have going into a big tournament. These next few series is going to be very exciting to see who stands up in pressure situations, how they react when may be Rohit (Sharma) or myself or KL (Rahul) or Shikhar (Dhawan) at the top have not fired."

In the bowling attack, Kohli will miss the expertise of Bhuvneshwar Kumar and Deepak Chahar as the duo have suffered injuries while Mohammed Shami has been rested and as a result, it will be a perfect platform for Navdeep Saini and Shardul Thakur to impress the selectors before the T20 World Cup.

"I think because the tournament is in Australia, you will need these many options and back-ups ready to be able to take firstly your strongest XI or strongest squad and then have those back-ups in place, who also can come and do the job," Kohli expressed.

"It's good that we identify five or six guys and it will be priority based on you know who goes and then back-ups will be in place. Also with fast bowlers, we know small niggles can happen every now and then. So yeah, we're pretty sorted in that regard not worried at all," he added.

When quizzed what is in his mind for the team in the new year, Kohli said: "We have put the team on the right track in terms of, you know, being the team that everyone wants to be across formats. I think it is a very exciting position to be in. And that is something that we want to continue, keep the standards of the cricket that we've played as high as we have in the past couple of years."