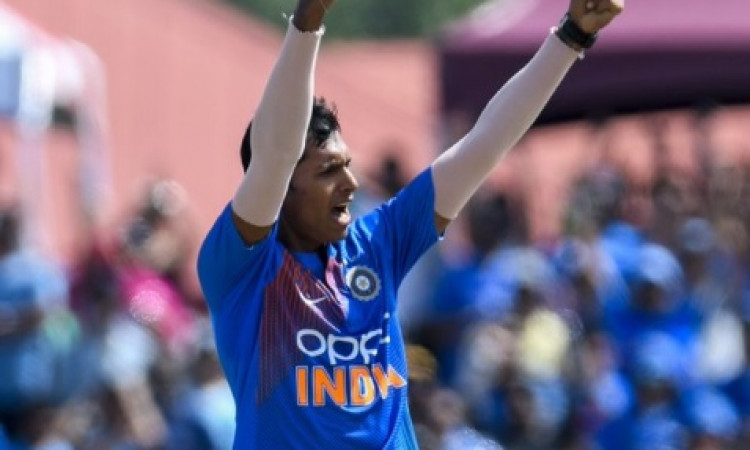 Lauderhill (Florida), Aug 5. Indian pacer Nadeep Saini has received an official warning for breaching Level One of the ICC Code of Conduct during India's first T20I game against the West Indies in Florida.

Saini was found to have breached Article 2.5 of the ICC Code of Conduct for Players and Player Support Personnel, which relates to using actions or gestures which could provoke an aggressive reaction from a batter upon their dismissal. He has also been handed one demerit point.

The incident occurred during the fourth over of the West Indies' innings on Saturday when Saini took the wicket of Nicholas Pooran and gave the latter a send-off.

The Delhi lad admitted the offence and accepted the sanction proposed by match referee Jeff Crowe and, as such, there was no need for a formal hearing.

Saini had a dream international debut as he picked up three wickets giving away just 17 runs in his four overs in the first T20I which India won by four wickets. He was also awarded the Man of the Match award.

In the second T20I which India won by 22 runs by DLS method, the 26-year-old failed to pick any wicket and went for 27 runs in his three overs.  India and West Indies will now lock horns in the final T20I on Tuesday in Guyana.