Spinner Nasum Ahmed claimed four wickets as Bangladesh defended 131 to beat Australia for the first time in Twenty20 internationals on Tuesday in Dhaka. 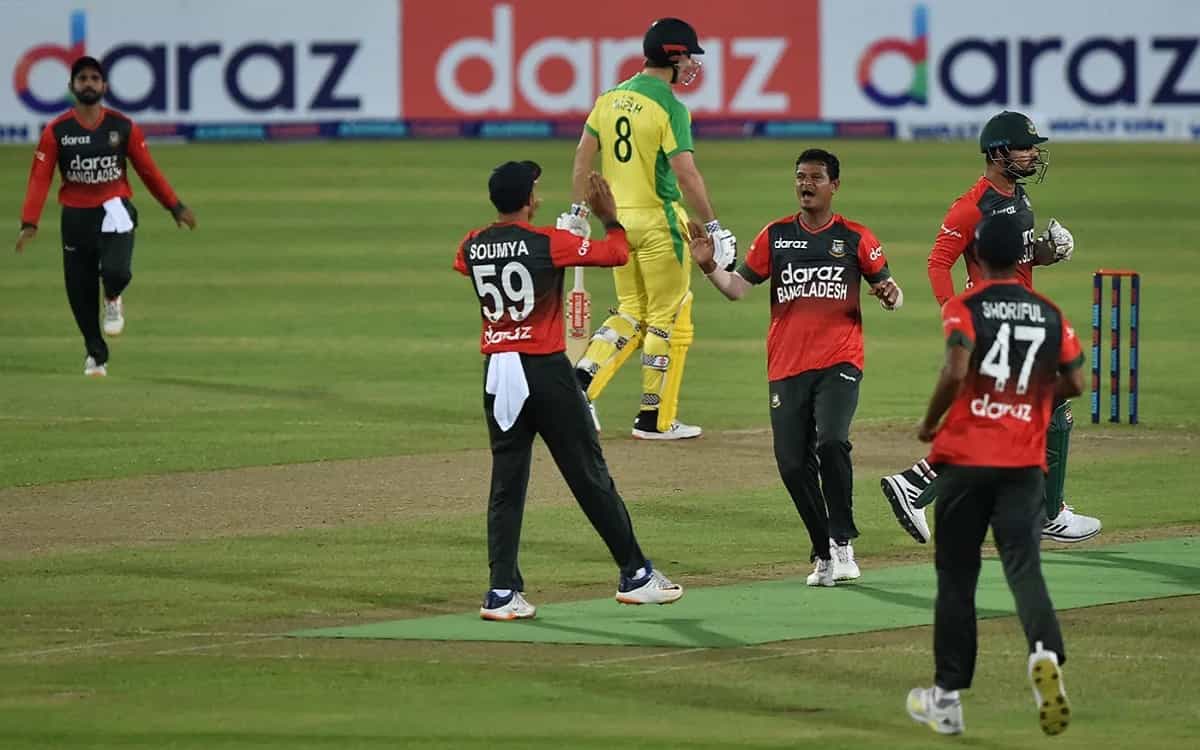 Nasum, a left-arm spinner, returned career-best figures of 4-19 to help dimiss the visitors for 108 as Bangladesh took a 1-0 lead in the five-match series. Mustafizur Rahman and fellow left-arm quick Shoriful Islam took two wickets each to play key roles in their team's maiden T20 win over Australia in five attempts.

This is the first bilateral series between the two sides as Australia won their four matches against Bangladesh in T20 World Cups. "We had a team talk during the halfway stage and said that we were 10 runs short, so we have to field well and put more effort," skipper Mahmudullah Riyad said after the win.

"That's what you need while defending low totals and have attacking mindset. They are a very good side and we need to tick the boxes we failed today in the coming games." Mitchell Marsh made a valiant 45 but the away batting faltered from the start with Alex Carey bowled first ball to spinner Mahedi Hasan.