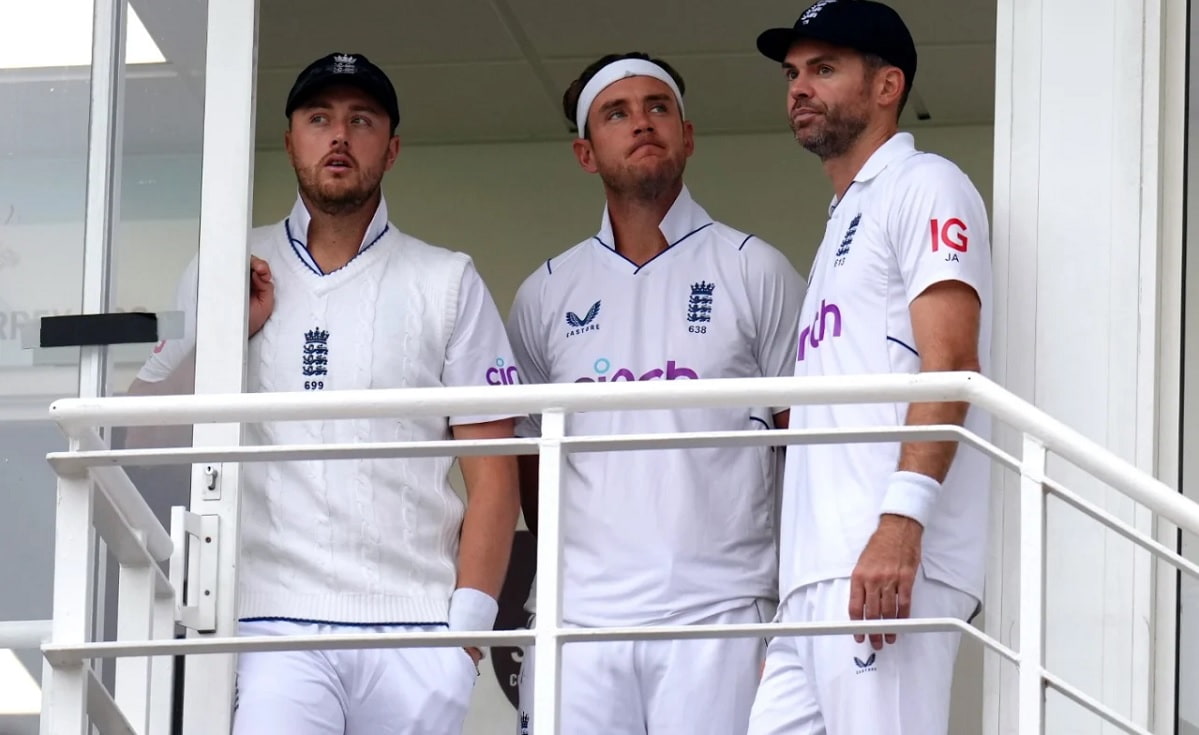 Former England skipper Nasser Hussain complimented pace-bowling stalwarts Stuart Broad and James Anderson for their "huge value" to the Test side, adding that the former surpassing legendary Australian quick Glenn McGrath in terms of the number of wickets displayed his "enduring quality and class".

Broad has surpassed McGrath as the pacer with the second-most wickets in Test cricket history. The 36-year-old Broad surpassed McGrath's 563 wickets in the longest version of the game on Day Four of the third Test against South Africa, when he dismissed Proteas skipper Dean Elgar, trapping him lbw for 36 at The Oval.

The wicket was Broad's 564th in Test cricket, surpassing McGrath to become the second-highest wicket-taker amongst pacers in Test cricket history. He now trails his partner Anderson in the wickets column for pacers, who has 666 wickets to his name.

Thanks to Broad (3/45) and Anderson's 2/37 on Day 4, England are just 33 runs away from clinching the fiercely-contested three-Test series against South Africa when play resumes at The Oval later on Monday.

"It was a lovely moment for Stuart Broad to go past one of his heroes in Glenn McGrath in the Test wicket-takers table on a day when both he and Jimmy Anderson again displayed their enduring quality and class," said Hussain in his column for Daily Mail on Monday.

"For two of our own in Anderson and Broad to be the leading seamers in Test wicket history is a phenomenal achievement and Stuart will be proud to be up there with just his great mate ahead of him. Again, the pair showed their huge value to England on Sunday when they got the ball moving after lunch, getting a good shine on one side to find orthodox swing, after what Broad described as the most seam movement he had seen at the Oval in the first innings."

Hussain said that both Broad and Anderson, despite their age, were at the top of their bowling, adding that the way the latter got the better of Keegan Petersen with an outswinger was truly amazing.

"Both showed why they are masters of their art. The set-up to Keegan Petersen by Anderson was brilliant. He had just bowled him an over of inswingers and then with no discernible change of action, he switched to outswing and found the edge.

"I've seen it so many times, I've faced it, and you know it's coming but there was nothing Petersen could do. He was set up by length too. Two deliveries pushed him back and then the crucial ball was that little bit fuller," added Hussain.

Hussain also credited skipper Ben Stokes for the great work he did in field placement every time the Proteas tried to build a partnership.

"Credit to Ben Stokes. South Africa were building a partnership but Stokes had four slips in and Petersen was caught by the fourth in Ollie Pope."