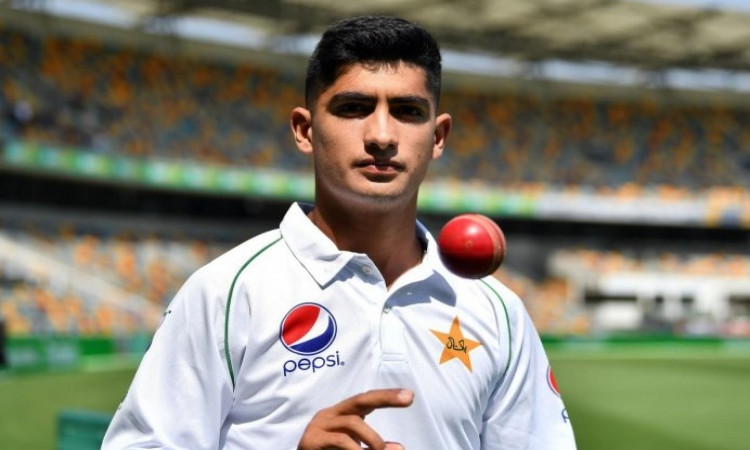 Brisbane, Nov 21: Sixteen-year-old Pakistani pacer Naseem Shah on Thursday became the youngest cricketer to make Test debut in Australia when he took the field during the first Test of the two-match series at The Gabba.

Naseem, aged 16 years and 279 days, broke the record held by former Australia captain Ian Craig who had made his Test debut at the age of 17 against South Africa at the MCG in 1953.

After receiving his maiden Test cap from bowling coach Waqar Younis, the 16-year-old got emotional. He kissed the cap, hugged his teammate Shaheen Afridi and then wiped off his tears as teammates congratulated him on his Test debut.

Naseem was included in the playing XI for the Gabba Test following his fiery spell at Perth against Australia A last week. Extracting extra bounce from the Perth wicket, he got the wicket of Marcus Harris. The teenager tormented Usman Khawaja with short balls and almost got his wicket during the testing spell.

The pacer lost his mother while he was on the Australian tour. After consulting his family, he chose not to return home. Interestingly, he has played only seven first-class matches in which he has scalped 27 wickets at an average of 16.66.

Naseem also became the ninth youngest debutant in Test cricket. Pakistan's Hasan Raza, who made his debut in 1996 aged 14 years and 227 days, is the youngest.