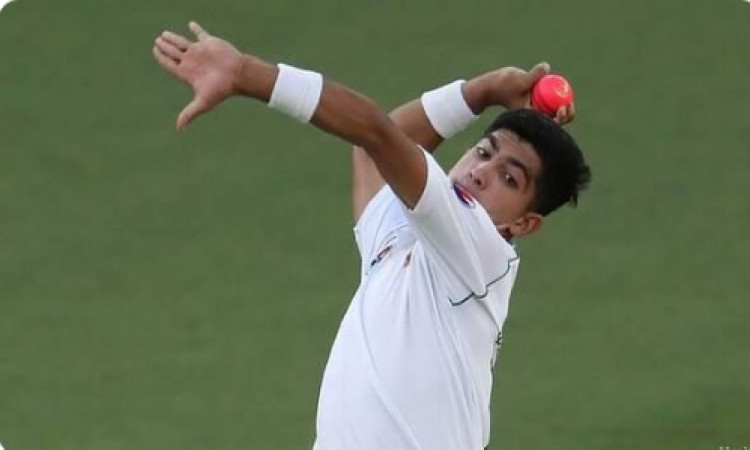 Lahore, Jan 2 Ijaz Ahmed, head coach of the Pakistan U-19 team, has said that the decision to withdraw Naseem Shah from the upcoming World Cup did not hurt him, insisting that the right-arm pacer is now a member of the senior team and should not be demoted.

Shah has been withdrawn from the World Cup scheduled to be played in South Africa from January 17 to February 9. In an official statement, the Pakistan Cricket Board (PCB) announced that Mohammad Wasim Jnr has been named as Shah's replacement.

"The decision of pulling out Naseem (from the U-19 squad) did not hurt me. I had a productive discussion on this subject with senior team's head coach Misbah-ul-Haq and bowling coach Waqar Younis," Ijaz was quoted as saying by the Dawn.

Shah, who made his international debut for Pakistan's senior team in Australia in November last year, recently became the youngest fast bowler to pick up a five-wicket haul in Test cricket. He registered his maiden five-wicket haul in the second innings of the Karachi Test against Sri Lanka which Pakistan won by 263 runs at the National Stadium in Karachi.

"The main purpose of (raising) a strong national junior squad is to provide good talent to the senior team. Naseem has found his place in Pakistan (senior) team quite fast as he first went to Australia for the Test series and later also played the (recently-held) home Test series against Sri Lanka.

"Considering all this, we feel that he is now a member of the senior team, and therefore should not be demoted to the junior level," Ijaz, who played 60 Tests and 250 ODIs for Pakistan from 1986 to 2001, added.

Shah has so far played three Tests for Pakistan in which he has taken eight wickets.