Kolkata Knight Riders(KKR) off-spinner Sunil Narine, who was called for a suspect bowling action in Saturday's IPL match against Kings XI Punjab(KXIP, may need to make use of a video analyst's footage instead of a 3D biomechanical test to find fault in his action if he, or his franchise, is to file an Official Assessment after he was put on a warning list. 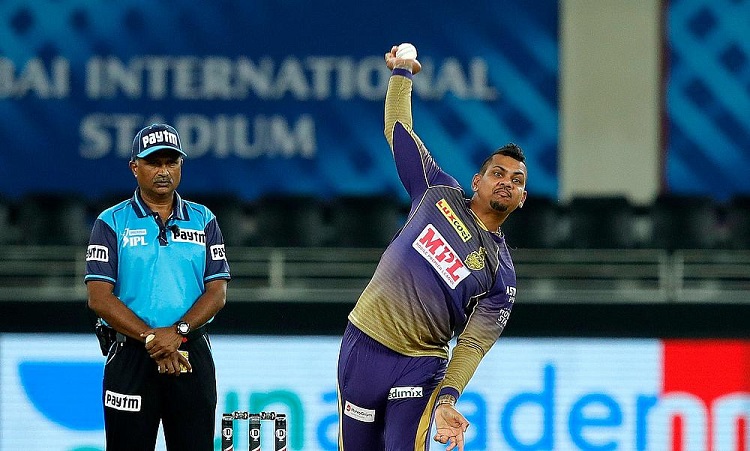 Due to Covid-19, the BCCI has waived off a requirement for a 3D biomechanical test, usually a necessity with the Official Assessment.

As per a clause in the IPL Suspected Illegal Bowling Action Policy 2020, Narine can go for an assessment.

However, due to Covid-19, the BCCI has waived off the need for biomechanical analysis in this edition.

Clause 4.2 in the policy states this: "Owing to the COVID 19 situation and the corresponding travel and the quarantine rules, as on date, that is stipulated by the Health and Safety Protocols during IPL 2020 and by the national government authorities in India, Australia, UK, and South Africa, it might not be feasible for a Player to attend the SRASSC or another ICC Approved Cricket Centre. Accordingly, for the 2020 Season, this requirement for a 3D biomechanical analysis of the bowler's action to accompany the request for an Official Assessment is temporarily waived. In the event of a change in the travel restrictions and /or quarantine requirements, BCCI reserves the right to reinstate this requirement during the 2020 Season."

The SRASSC of Sri Ramachandra University is one of the five ICC approved centers. The others are the National Cricket Centre in Brisbane, Loughborough University, and the University of Pretoria.

In the event of Narine opting for an Official Assessment, he will not have the biomechanical test report and video footage, though not necessary, may be relied upon to judge his action.

The biomechanical analysis uses sensors on either side of the elbow joint to gauge the degree of elbow flexion, with details transmitted to scientists in the lab.

In its Saturday's release on Narine, the BCCI added: "Another report will result in Mr. Narine being suspended from bowling in the IPL 2020 until cleared by the BCCI Suspect Bowling Action Committee."

However, the problem is that despite IPL being such a big tournament, there is no Suspect Bowling Action Committee, and the Board may have to create one as the last one was created before the Lodha reforms and since then the Board has had to handle things on a case-by-case basis.

If there is a Suspect Bowling Action Committee, then no one knows as the website doesn't mention any committee. When BCCI and IPL office-bearers were contacted, they either did not respond or declined to comment.