Rawalpindi, Feb 2:  Bangladesh fast bowler Mustafizur Rahman has been dropped from the squad for the first Test against Pakistan which starts in Rawalpindi on Friday, February 7. 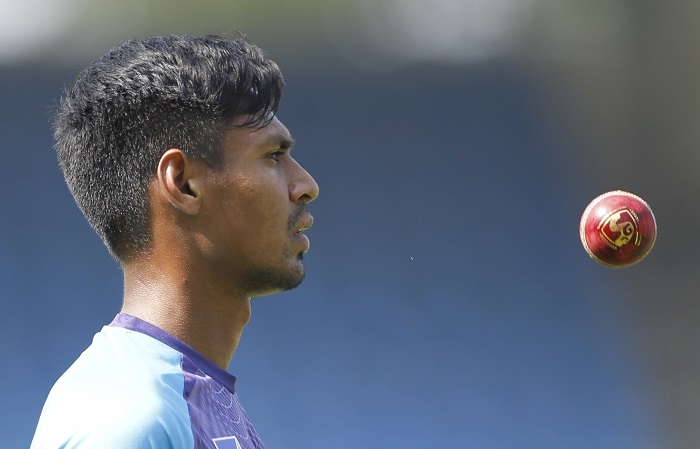 The paceman was named in the squad for the two-Test series in India in November but did not play in either of the Tests because of his poor form, an ICC statement said.


Will treat India-Pakistan match like any other: Mohammad Huraira

"Mustafizur was dropped for his poor performance," said Bangladesh said chief selector Minhajul Abedin as quoted by the ICC.

"He is in and out of the team for quite some time and doesn't play longer-format matches regularly. His white-ball performances are not satisfactory," Abedin added.

Other notable names that have been left out are openers Imrul Kayes, Shadman Islam, and spinner Mehidy Hasan, and due to security reasons, the experienced wicket-keeper batsman Mushfiqur Rahim has opted out.

However, Bangladesh will be bolstered by the return of opener Tamim Iqbal, who did not feature in the Test series against India in November due to the birth of his child. They have also recalled Najmul Hossain and Soumya Sarkar.

"Soumya has been picked as a backup player. Our first choice openers are Saif Hasan and Tamim. We have picked Soumya in the squad if coach makes plan to play him at seven as an all-rounder as they (Pakistan) have good number of quality fast bowlers," said Minhajul.

Bangladesh will depart for Rawalpindi on Tuesday, February 4.

Pakistan is yet to announce its squad.