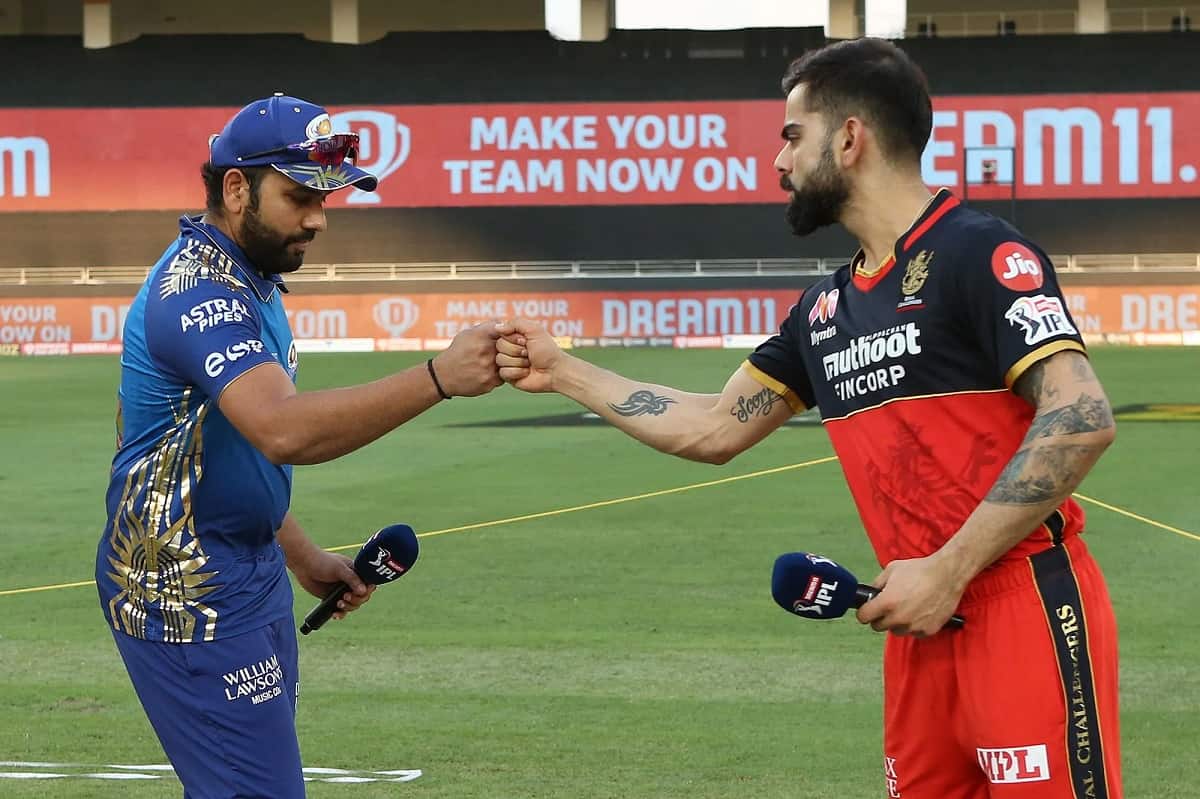 The match between the two teams is one of the most awaited matches in the IPL since it has the two best Indian batsmen - Rohit Sharma and Virat Kohli - playing against each other. Rohit is the most successful captain in the history of the tournament while Kohli is yet to win an IPL trophy.


Video: Ricky Ponting Gives An Inspiriting Speech To DC Squad Ahead Of IPL 2021

The two teams have met each other 27 times in the tournament and MI has outplayed RCB in 17 matches. The two teams, till 2015, used to be neck to neck against each other but since IPL 2016, Mumbai has been the dominating team.

In the last 10 matches, Bangalore has won just two games including a super over win in the IPL 2020.

Mumbai enjoys a whopping 64.81 winning percentage over RCB - their third-best against an IPL side, the first two being Pune Warriors and Kolkata Knight Riders.

However, this season will be a bit different since neither of the teams will be enjoying home advantage. The first match between Mumbai Indians and Royal Challengers Bangalore will be played in Chennai while the second game will be in Kolkata.

MI squad is looking strong as ever but RCB is also looking quite balanced with the addition of few new marquee players in the team. Will Kohli's team finally be able to outplay the Rohit's champions? Time will tell.