Captain Rohit Sharma and Quinton de Kock will be opening the batting for Mumbai Indians despite the franchise recruiting explosive Australian opener Chris Lynn for this season, coach Mahela Jayawardene said on Thursday. Rohit and De Kock made a formidable opening pair last season as MI won their fourth title. 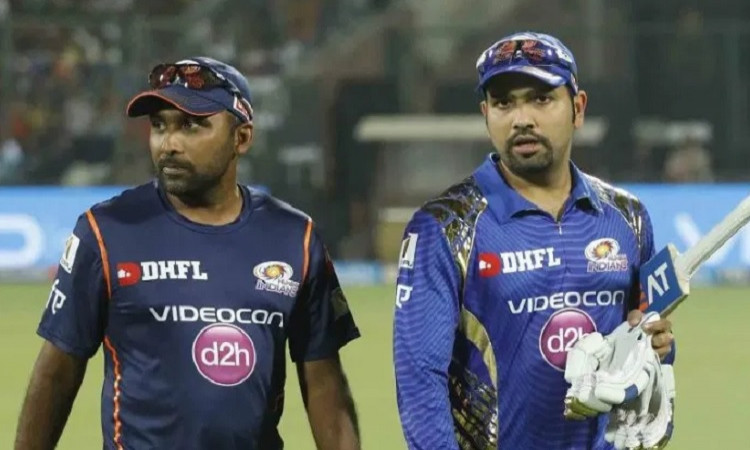 "Having options is always great, Lynn is a great addition to the squad. But the combination of Rohit and Quinton has been phenomenal, they compliment each other very well," said Jayawardene in a virtual press conference ahead of the team's first match of the season, against Chennai Super Kings, to be played on Saturday in Abu Dhabi.

Also Read: IPL 13: We Have An Opportunity To Bring Joy To So Many, Says Kohli

"Both are very experienced cricketers and good leaders as well. So, why fix something that is not broken. Having Lynn as an option gives us flexibility in the squad. That's what we have always done over the last few years. We try and add more value to the team, more options so that we can be a bit more unpredictable during the tournament," he said.

The 43-year-old Sri Lankan said that he was happy with how all batsmen have developed in the squad in the pre-season training.

"Some of the overseas guys did not have that opportunity so we made sure that they put in some extra work and now they are in good rhythm. We had a practice match a few days back and I'm really satisfied with where they are. It's just about mentally getting ready for that first game and I am not too worried about the skill levels of the individuals."