Five-time IPL champions Mumbai Indians on Wednesday were among the five winning companies to own a team in the first-ever Women's Premier League (WPL) slated for March 2023 with the second-highest bid of INR 912.99 crore. 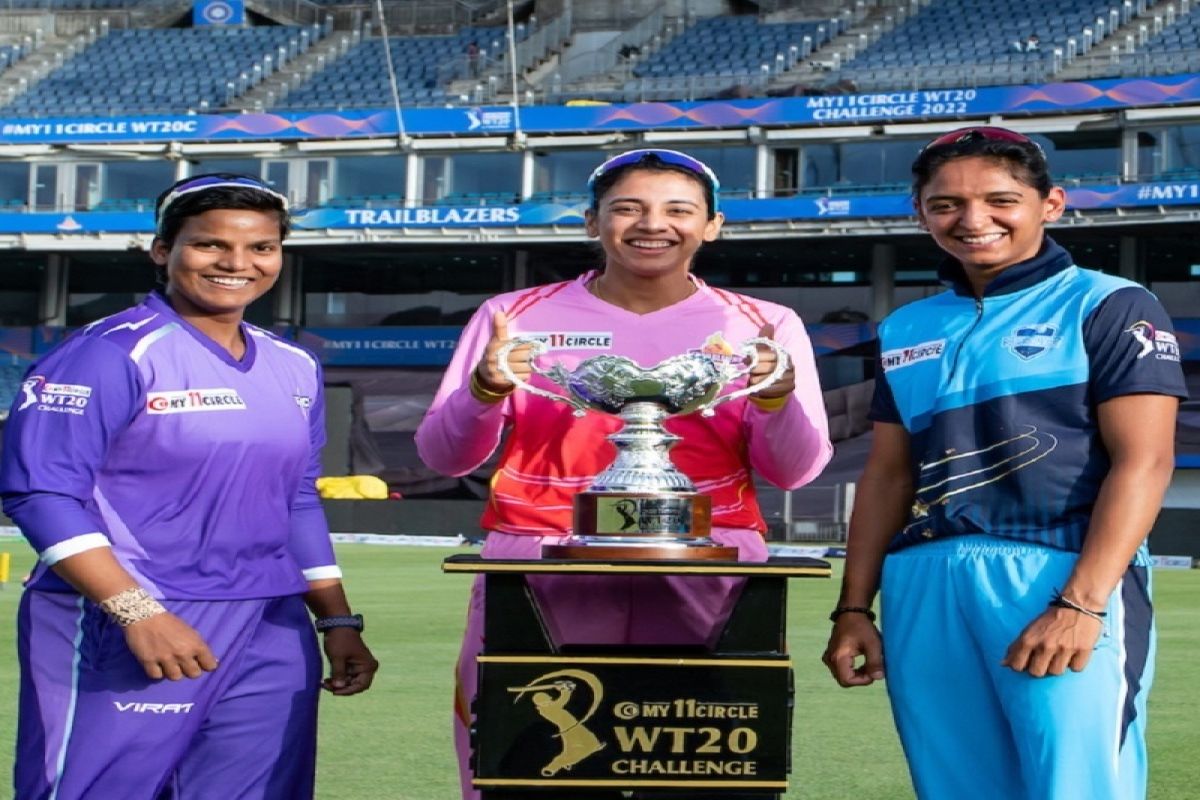 Mumbai, Jan 25, Five-time IPL champions Mumbai Indians on Wednesday were among the five winning companies to own a team in the first-ever Women's Premier League (WPL) slated for March 2023 with the second-highest bid of INR 912.99 crore.

The WPL is all set to be a game-changer for not only women's cricket in India and across the globe but also change the outlook of women sportspersons in general. Nita M. Ambani, Director of Reliance Industries, who own Mumbai franchises in IPL, SA20 and ILT20, said she is delighted to be a part of a historic moment in Indian cricket through WPL.


I Think Suryakumar Yadav Should Play In All Three Formats: Suresh Raina

"With great joy and pride, I welcome our women's cricket team to the MI OneFamily! This is a historic moment for Indian cricket, and we are delighted to be a part of it. India's women cricketers have always made the nation proud in the global sporting arena - be it the World Cup, Asian Cup or the recent Commonwealth Games! This new Women's League will once again shine a global spotlight on the talent, power, and potential of our girls."

"I'm sure our Women's MI team will take the Mumbai Indians brand of fearless and entertaining cricket to a new level altogether. My heartiest congratulations to BCCI on this landmark announcement! It will pave the way for more and more young women to take up the professional sport. At Reliance, we remain committed to the glorious rise of women not just in cricket, but sport in general," she said in an official statement.

Akash M. Ambani, co-owner of Mumbai Indians, also showed happiness about buying a team in the WPL. "I am happy to extend a warm welcome to our women's cricket team, the fourth franchise to join the Mumbai Indians family. The launch of the Women's Premier League is a historic moment and I'm proud that India is at the forefront of this change."

"I eagerly look forward to the upcoming season and am confident that the WPL will have a lasting impact on the empowerment of women in sports. As we bring the MI experience and best practices into the women's game, we look forward to seeing our women's team excel and inspire future generations of female athletes."

On the other hand, Royal Challengers Sports Private Limited, a Diageo India-owned subsidiary which runs Royal Challengers Bangalore, successfully acquired the rights to own and operate a franchise in the WPL with a bidding amount of INR 901 Crores.

"Royal Challengers Bangalore marked a historic moment today which will be remembered and celebrated for many years to come. We are thrilled to be a part of this mission with BCCI to revolutionise women's cricket, not just in India but across the globe. At the core of Diageo, is the value of gender inclusivity that embraces diversity in the broadest possible sense and this enterprise champions us to welcome and celebrate women's cricket for who they are and the value they bring in the journey of this sport, Cricket."

"Therefore, it is a fitting asset in the right direction for Diageo India-owned franchise. We held back all our investments in overseas teams to own a team that aligns with this philosophy and core value, and it gives us immense pleasure to have marked this accomplishment positively. We really look forward to bringing the first season of Women's IPL to our most loyal and lovely fans," said Prathmesh Mishra, Chairman of Royal Challengers Bangalore.

The inaugural edition of the Women's Premier League, to be played between five teams, is expected to be held in March this year and could include 22 matches. The WPL replaces the Women's T20 Challenge, a three-team exhibition tournament, as India's main women's T20 franchise competition.

"We are thrilled to strengthen our journey in cricket with the addition of a women's team. Women's cricket has shown massive growth in the past few years, and it has promising potential for growth in India."

"We have been following women's leagues very closely and our scouting team has set their eyes on women cricketers for some time now, as part of RCB Hinterland scouting system and it gives us immense joy to see it all coming together for a team that sets to play for the inaugural edition of women's IPL in the country."

"It is just a start for us, we have a huge responsibility to bring the endless entertainment of cricket and bring our fans closer to the team. We are excited to yet again contribute to Indian cricket to achieve the highest levels on the international stage," said Rajesh V Menon, Head and Vice President of Royal Challengers Bangalore.

"It is just a start for us, we have a huge responsibility to bring the endless entertainment of cricket and bring our fans closer to the team. We are excited to yet again contribute to Indian cricket to achieve the highest levels on the international stage," said Rajesh V Menon, Head and Vice President of Royal Challengers Bangalore.