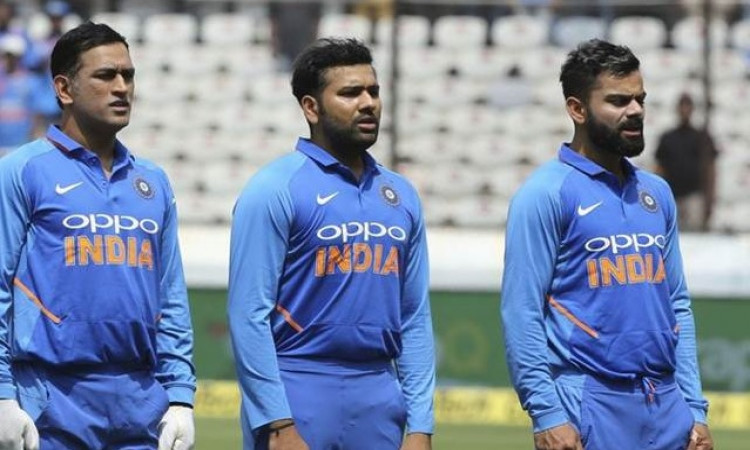 New Delhi, May 3: Former India chief selector M.S.K. Prasad listed out the differences between Mahendra Singh Dhoni, Virat Kohli and Rohit Sharma as captains. Speaking during an online live video session, Prasad states the three have altogether different styles of captaincy that has brought so much success over the last few years.

"If you look at fundamental styles, leadership has got so many different styles. These three (Dhoni, Kohli, Rohit) are three different guys and I am sure all three are equally good," Prasad said in an interview uploaded on Fancode app.

Also Read: Get most goosebumps in IPL, no comparison to Eden crowd: Andre Russell

"They are three guys who have three different styles. Mahi is absolutely cool, you never know what is there in his mind until it is executed, he's very very cool, and very very accommodative whereas Virat is pretty clear. He's at you all the time, he's very clear in his mind what he wants.

"If you are talking about Rohit, he's more of an accommodative sort of a guy. He definitely has that empathy towards other players and he thinks from their hats," he said.

Prasad also spoke about the Dhoni's future with Team India. He revealed they had a discussion regarding Dhoni taking some time off from the game and that is why they backed youngster Rishabh Pant in that position.

"We had a discussion and Mahi (Dhoni) didn't want to play for some time. So we moved on and picked Rishabh Pant and we have been backing him. Now KL (Rahul) has also done extremely well in the matches that he played in New Zealand," Prasad said.

"So it would have been nice if the IPL was being played and we would have seen old glimpses of Mahi but now it's a very tricky situation."