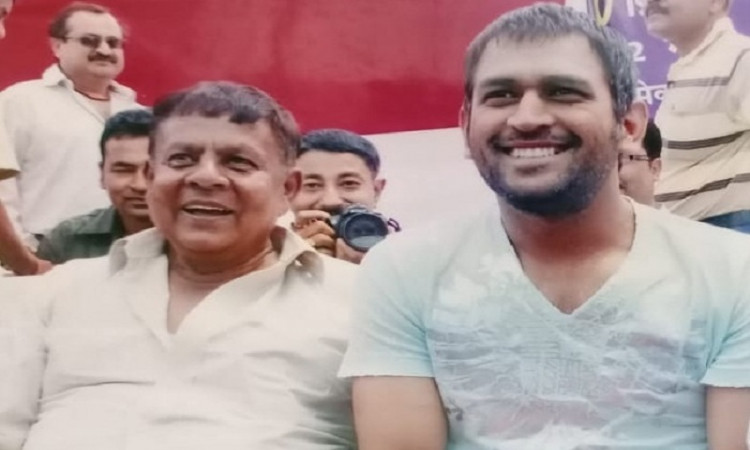 Cricket icon Mahendra Singh Dhoni's mentor Deval Sahay, who was hospitalised in a Ranchi hospital on Tuesday with multiple ailments including breathing problems, continued to show improvement on Monday, and is now completely off ventilator support.

"Deval was off ventilator on Sunday till noon. After that his Co2 level started rising. So, they had to give Oxygen by non-invasive method - BIPap. He is improving but it will take time because his lung muscles are little weak and Co2 is not being expelled," said Sahay's wife Meena told IANS.

Also Read: IPL Special - The Only Player To Feature For 8 Different Teams

"Now, they are also doing physiotherapy for his chest muscles. He has Parkinson's and hence it will take some time. But he is improving. Not to worry," she said, hopefully, about her husband.

Sahay, 73, was put on ventilator support after being admitted in the Intensive Care Unit of Ranchi's Jagannath Hospital on Tuesday.

A former cricket administrator of stature, Sahay played a crucial role in Dhoni's early career. As Director (Personnel) with Central Coalfields Limited (CCL), he hired a young Dhoni on stipend in 1997-98, and backed his talent to the hilt. In those days, turf pitches were a rarity in Ranchi, but at CCL Dhoni got the opportunity to play on them and polish his game.

Pushpak Lala, a former CCL teammate of Dhoni, was among the retired cricketers who visited Sahay on Monday and was satisfied at the improvement he was displaying. "He had breathing problems, and doctors have advised him lung exercises so that his lung muscles gain strength. If required, Mr Sahay is given oxygen for some time and then it is removed," Lala, a former off-spinner who represented East Zone in under-19 tournaments, told IANS from Ranchi.

"Since Mr Sahay has lived in Ranchi for so long, he has many well-wishers who want to visit him in the hospital. But they are being discouraged, because of the fear of COVID-19. His wife said she would put out Mr Sahay's health bulletins and these are disseminated amongst his well-wishers," added Lala.