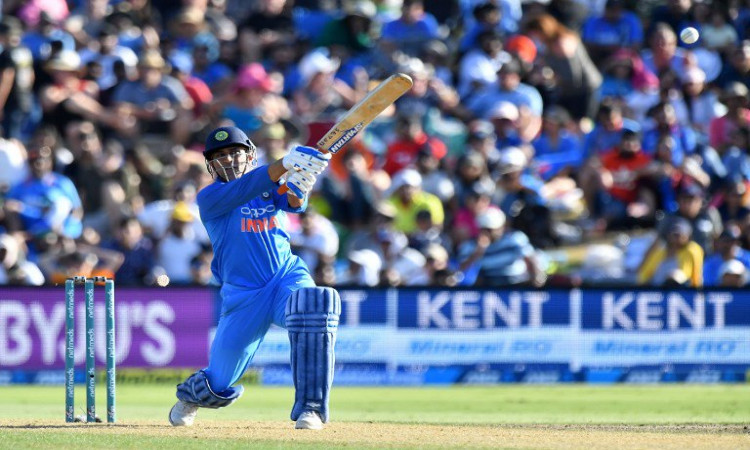 The 37-year-old Dhoni was out of the third and fourth ODIs with a hamstring injury and his return to the playing XI will bolster the struggling middle-order that crumbled under pressure in the penultimate match, which the visitors lost by eight wickets.

"Yes, he (Dhoni) is fit and will be playing the fifth ODI," Bangar told reporters in the pre-match presser on Saturday.

Dhoni, who recently struck three back-to-back half centuries to bag the Man-of-the-Series award against Australia, is in prime form and scored a 33-ball 48 in the second ODI against the Kiwis.

In his absence, and the subsequent rest of regular skipper Virat Kohli for the remainder of the series, the Indian middle order failed drastically in the fourth game.

Bangar, however, backed the middle-order batsmen saying they will step up whenever it is needed.

"When required, more often than not whenever it has been put in a situation, it has delivered, may be the last game was an aberration," the 46-year-old added.

With the Indian top-order comprising Shikhar Dhawan, Rohit Sharma, and regular skipper Virat Kohli scoring the bulk of the runs in recent times, Bangar said: "If they (top-order batsmen) are batting well then the middle order doesn't get the opportunity required to maintain the groove."

"It is also one of those series where our top order hasn't got a hundred, so it has given a lot of time to the middle order to go out there and play situations... and they have finished games when they have got an opportunity."