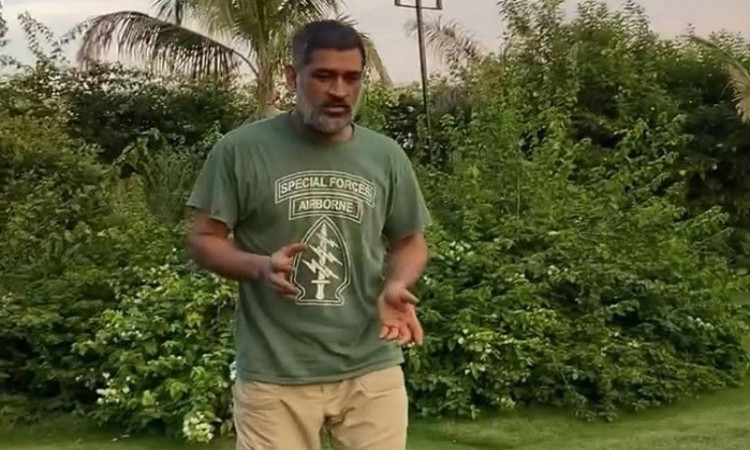 New Delhi, May 9:  Former India skipper M.S. Dhoni has resurfaced after staying out of the public eye for a few days, in a video that was uploaded on his daughter Ziva's Instagram handle. Dhoni however looks significantly different in it thanks to the grey beard that he is sporting.

The look has inspired memes and nostalgic posts from fans on social media. While some said that this reflects the fact that many are struggling to get haircuts, there were some who were sad that their favourite player is now growing old.

Cricket pundit Ayaz Memon wrote: "Somebody forwarded this photo. Is it really @msdhoni or has somebody been doing overtime on photoshop?"

MS Dhoni's return to professional cricket was one of the themes of the 2020 season of the Indian Premier League and videos of him training with Chennai Super Kings in front of thousands of fans of the franchise at the Chepauk Stadium were doing the rounds in the buildup to the tournament. However, the 13th edition of the league is currently postponed due to the coronavirus pandemic.

CSK bowling coach Lakshmipathy Balaji had said that the former India skipper looked very intense during his training sessions even though he was making a return to competitive cricket post a sabbatical.

"Dhoni was looking good, fit. He focused on training just like he always does and was as normal as he has always been. He trained like the way he did last year or 2 years ago. There is nothing that changes when it comes to his preparation. His routine, his mindset, everything is the same," Balaji told indiatoday.in.

"Dhoni was focussed on getting ready for the IPL. He is that kind of a person who always takes it one moment at a time."