Former India cricket team skipper Mahendra Singh Dhoni has got a new competitor to ‘test his fitness ahead of the suspended Indian Premier League (IPL) season, which will resume in the third week of September. 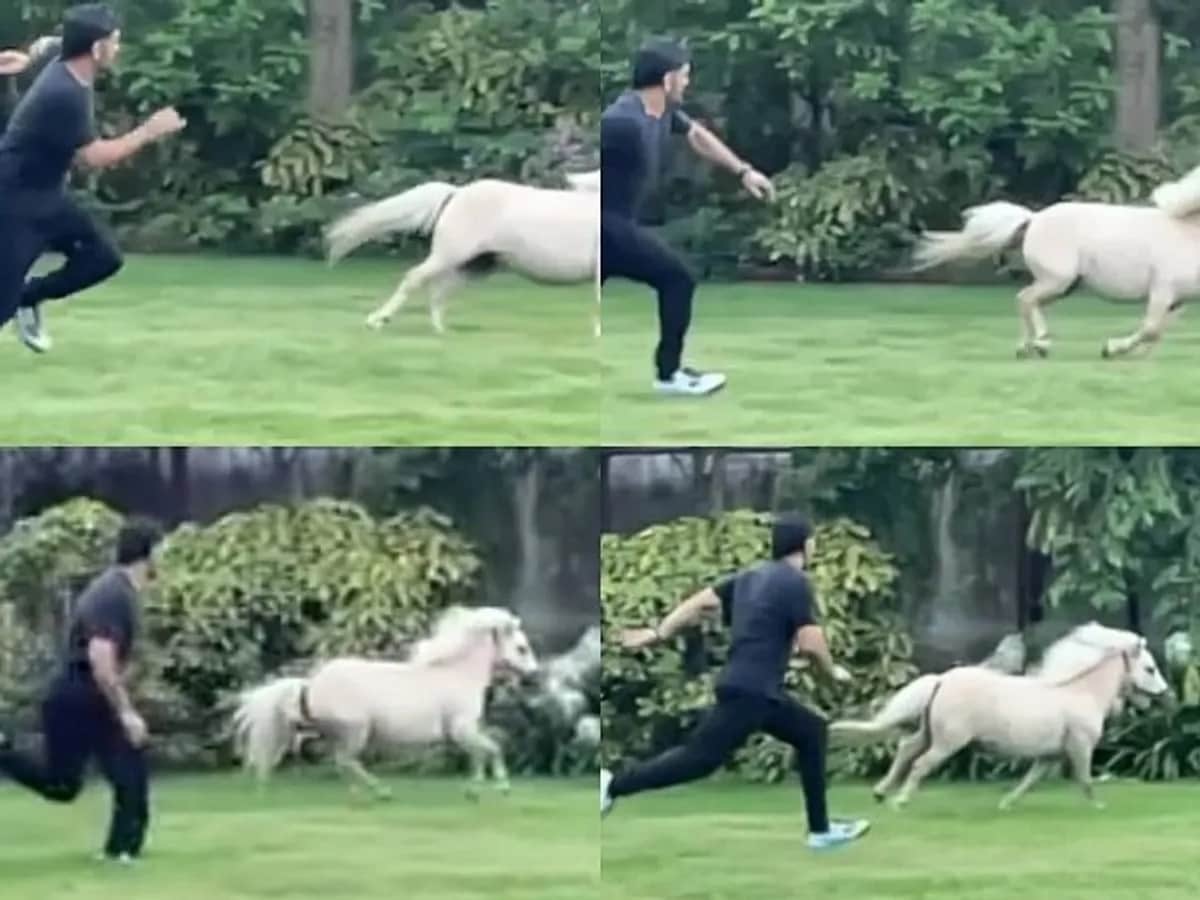 Dhoni's wife Sakshi has posted a video of the Chennai Super Kings (CSK) skipper racing with a Shetland pony in his Ranchi farmhouse. In the short video, Dhoni can be seen initially pushing the horse to gallop faster, but once the white pony gathers pace, the former India skipper is seen lagging behind by a few yards.

Reacting to the post, Dhoni's CSK team-mate, Suresh Raina -- who retired last year from international cricket along with his skipper at CSK -- posted a fire emoji.

Dhoni also has a black stallion in his seven-acre farmhouse on the outskirts of Ranchi.

Sakshi had posted a video of the horse on her Instagram account in May and captioned it, "Welcome home Chetak! A true gentleman! Happily accepted in our pack!"

Dhoni already has a Belgian Malinois, a white husky and a German Shepherd.

Dhoni is the second cricketer after CSK team-mate Ravindra Jadeja to keep horses as pet.

Soon after reaching home from Delhi, allrounder Jadeja too had posted pictures of his three horses on twitter, captioning it "Back to the place where I feel safe."