Due to the flop batting show, Chennai Super Kings could only score 97 after a mesmerizing bowling performance by Mumbai Indians at the Wankhede. 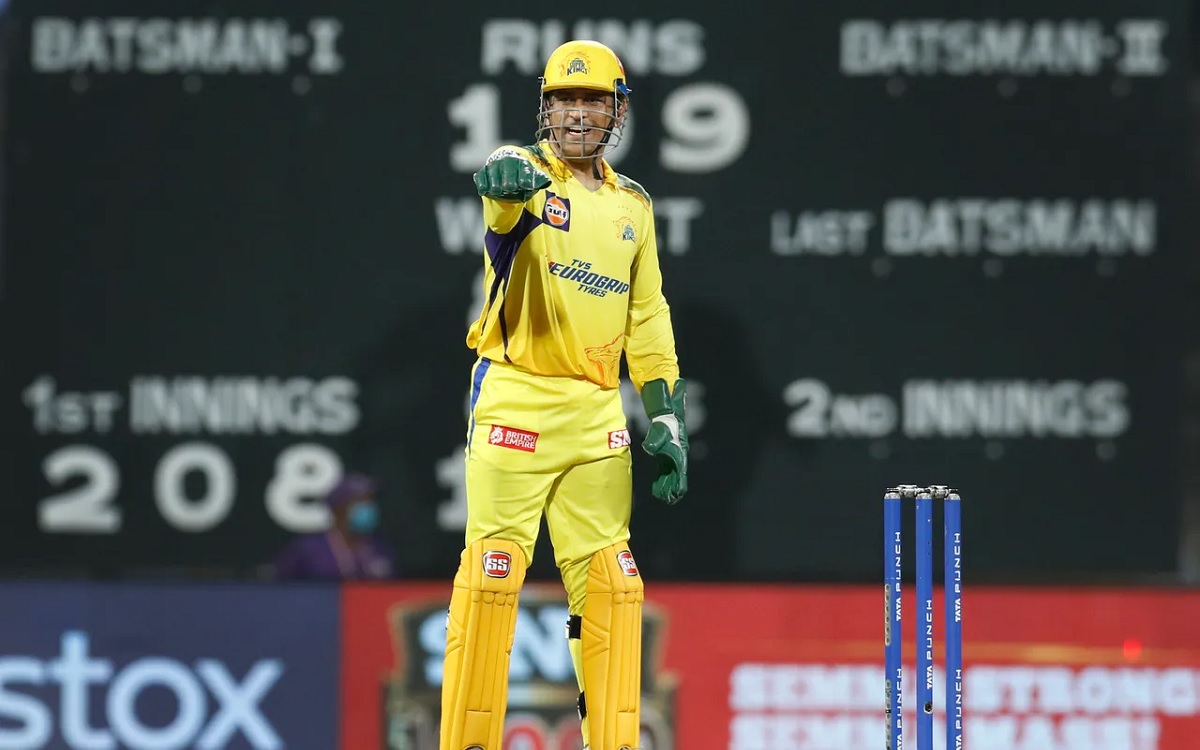 Chennai Super Kings skipper Mahendra Singh Dhoni conceded that the abysmally-low score put up by his team against Mumbai Indians had taken the pitch out of the equation, adding that he still asked his bowlers to show character, which they did to salvage some pride for the four-time IPL champions.

CSK could only score 97 against Mumbai Indians at the Wankhede on Thursday night, which the five-time IPL champions overhauled in the 15th over for a five-wicket win.


Umran Is Getting To Learn A Lot From Top Players In The World, Says Umran Malik's Father

Dhoni added that anything below 130 runs in an T20 game is difficult to defend.

"Irrespective of how the wicket is, anything below 130 is difficult to defend, but still what I asked the bowlers was to show a lot of character, put the opposition under pressure and forget about the result. Both the youngsters (Mukesh Choudhary and Simarjeet Singh), the fast bowlers bowled really well. I feel a game like this really helps them. They start believing in themselves saying that irrespective of the conditions, whenever we start we need to have the same kind of attitude and that's what is needed in the shortest format," said Dhoni.

Mukesh and Simarjeet shared the new ball to put Mumbai Indians in a spot of bother, taking three and one wicket respectively, but Tilak Varma batted confidently for his unbeaten 34 to guide the Rohit Sharma-led side to victory.

"It's good to have them (Mukesh and Simarjeet). We have gone through periods where we never really had that extraordinary bench of fast bowlers. Also fast bowlers they take their time to mature, if you are lucky you get somebody who can feature in all formats in six months' time. And that is what IPL is doing and it is an opportunity for a lot of them. A lot of them have become slightly more bold; a bit more courageous now which is very important in a format like this. They want to take the opposition head on and that has been the difference. Yes you will see a few who are not those types, who shy away a bit initially but as they play more games, they get more and more confident and are able to execute their plans better," opined Dhoni.

Dhoni said that the two bowlers were CSK's find of the season as the four-time IPL champions look ahead to IPL 2023.

"The fast bowlers, to have both of them bowl really well is a big positive, not to forget we will have two more fast bowlers coming in to the next season, also we have few more up the sleeves, just want to give ample time for them to prepare for what IPL holds for them. So, there have been quite a few positives that we will take into the next season but what is important is to try to fill in those gaps so that there are no leakages."

The wicketkeeper-batter also said that it was important for batters to get their eye in, as the first few deliveries are the ones that need to be played with caution.

"It didn't pay off today but I think they bowled really well. A bit of application was needed from our side, you need to soak in the pressure at times, even if it's the shortest format. A few of the batters got out on good deliveries, you can't really help that. Other than that, these are the kind of games where you learn, so hopefully they are learning with each and every game," added Dhoni.