MS Dhoni is an entertainer, he never steps over the boundary: Gautam Gambhir 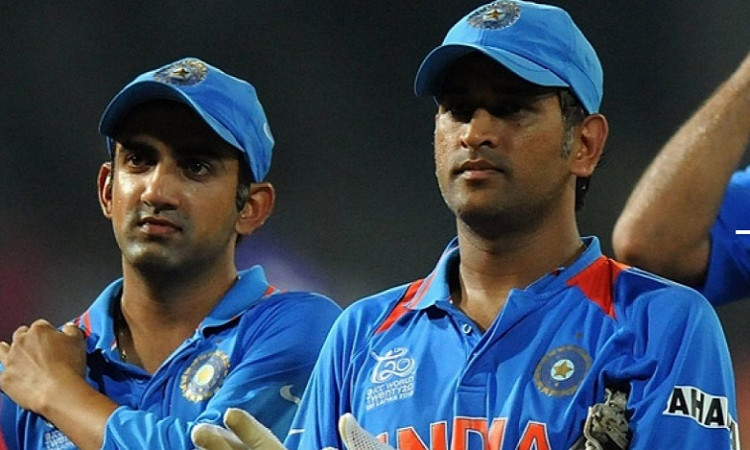 New Delhi, May 12: Cool, calm and collected -- these are the adjectives which have been used for former India skipper MS Dhoni over the years.

But it turns out that even this composed captain can lose his temper. There have been many instances in his career, be it in the Indian Premier League or India, where Dhoni lost his cool.

Having played with Dhoni across all formats of the game, former India opener Gautam Gambhir said: "People say that they have never seen him lose his cool, but I have on a couple of times.

"It was during the 2007 World Cup and in other World Cups when we haven't done well."

"He's human and he's bound to react as well. It's absolutely fair enough to do that. Even at CSK, if there's a mis-field or if someone has dropped a catch. Yes, he's cool, he's probably much cooler than the rest of the other captains. Much cooler than me for sure," he added while speaking on Star Sports show 'Cricket Connected'.

Former Australia speedster Brett Lee agreed with Gambhir and said: "We want entertainers, we want people to do that and MS Dhoni is an entertainer."

"He never steps over the boundary. If he does, it's very rare. But we are all human as Gautam Gambhir said."

In the IPL, the likes of Ravindra Jadeja and Deepak Chahar all have faced Dhoni's wrath at some point or the other.

In 2019, Chahar bowled consecutive no-balls against Kings XI Punjab in the 19th over of the chase and Dhoni was furious. The young pacer learned quickly and bowled Chennai Super Kings to victory.

A few days later, Dhoni was at the epicentre of extra-ordinary scenes during CSK's chase in Jaipur. After the umpire's no-ball call was controversially over-ruled by his colleague at square-leg, Dhoni stormed onto the field from the dugout to give the umpires a piece of his mind. MSD didn't get his way, but CSK ended up winning the game.

Former India all-rounder Irfan Pathan also cited an example when the wicketkeeper-batsman lost his cool during a warm-up session.

"Once MS Dhoni was given out which he didn't think he was. He threw his bat and made a dash to the dressing room and came late for the practice. So, he does get angry," he added.

Over the years, Dhoni has forged a close bond with Jadeja. Back in 2015, even the left-handed all-rounder got an angry stare from his skipper for not doing his job in the field.

Dhoni last played for India during the 2019 World Cup semi-final against New Zealand. He was slated to lead CSK in the 13th IPL edition which currently stands indefinitely suspended due to COVID-19 pandemic.