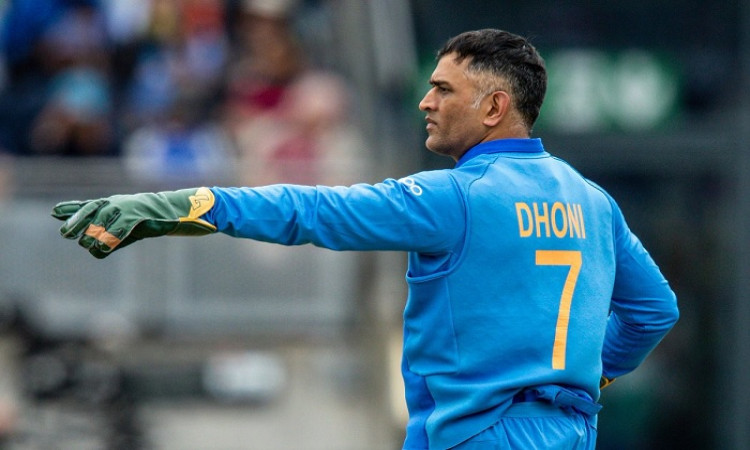 London, July 7 (CRICKETNMORE) Former India skipper Mahendra Singh Dhoni, who turned 38 on Sunday, has faced a lot of criticism in the recent past for his slow batting and it is believed that the stumper-batsman may hang his boots from international cricket anytime after the completion of the ongoing World Cup.

With fans celebrating the cricketer's birthday on social media, his long-time friend and one of his managers -- Arun Pandey -- wished luck to the cricketer and reckoned that despite his growing age, Dhoni still had the ability to silence his critics.

Also Read: Keep talking about India & Australia, we will sneak in: Colin Munro

Pandey, the Managing Director and Chairman of Rhiti Sports, said: "I begin with the lyrics from the song 'Besabriyaan', picturised on my dear friend and the legendary cricketer M.S. Dhoni, because it so beautifully encapsulates the journey he has had... A path filled with struggle, applause and criticism.

"When one knows a person closely and has been a part of his journey, birthdays take on a unique meaning. A person who is extremely special to me, a person who has created a place for himself in the hearts of millions of Indians through sheer grit and determination, a close friend and trusted associate, the cricketing legend Dhoni is celebrating his birthday today."

The Ranchi lad has drawn a lot of criticism for his slow batting in the World Cup as people believe Dhoni has lost his charm and should call it a day.

However, backing the underfire cricketer, Pandey said: "Knowing how far he has come from his initial days and how hard the struggle has been to first gain visibility as a player worth his salt, then to support himself financially while he was climbing the cricketing ladder and then the struggle to steer the team to the stupendous victory in the 2011 World Cup and finally the effort required to maintain his form in the face of the new players, I can safely say that Dhoni's has been a chequered path.

"And that is possibly why he has not lost hope or given up even in the face of scathing criticism. Dhoni's career has brought him ardent adulation as also vicious condemnation, and this from people who have probably never had to face the pressure of a ball being hurled at them in an international match."

Pandey also feels that his friend is still capable of improving and that his importance in Indian cricket cannot be overlooked.

"While people talk about how he may be past his prime or looking to retire, what we know for sure is that Dhoni is a man who we can never write off. He has shown us time and again that he is capable of rising from the ashes stronger and better, like the phoenix of Indian cricket. As he celebrates his birthday doing what is closest to his heart, I wish him a wonderful year ahead," Pandey concluded.