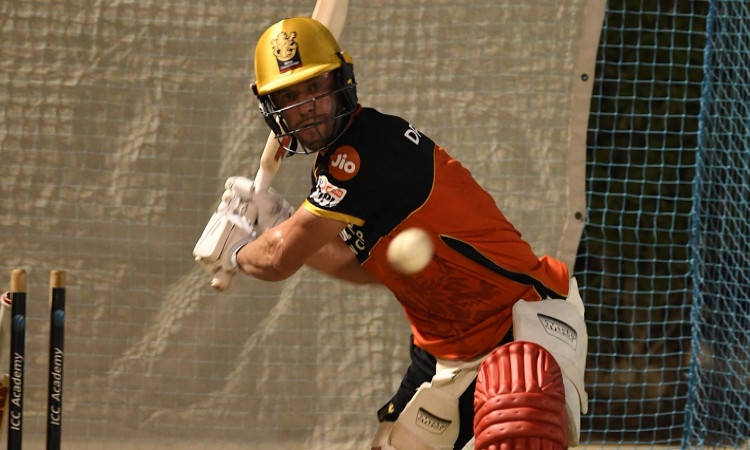 Swashbuckling Proteas batsman AB de Villiers, who is raring to go ahead of the 13th edition of the Indian Premier League (IPL), had an "enjoyable" first training session with his Royal Challengers Bangalore (RCB) teammates.

de Villiers, along with Dale Steyn and Chris Morris, arrived in the UAE on August 22 and then quarantined himself for six days. After returning three negative COVID-19 tests, he joined his RCB teammates on the ground during the pre-season camp.

"Picking up from right where they left off months ago, our stars had no problems getting back into the groove as they sweated it out on Day 2 of the pre-season camp," RCB tweeted a video on Monday of its players sweating it out in the middle.

"It was very good and enjoyable to be out there. The wicket was a bit sticky so it was a great challenge, actually if I could have it my way, I would have wanted my first net session to go like this only after a long time," de Villiers said in a video.

"I kept my basics in place, watched the ball carefully, played some nice shots in the end. It was enjoyable," he added.

The IPL 2020 is slated to be played across three venues in the UAE from September 19 to November 10.