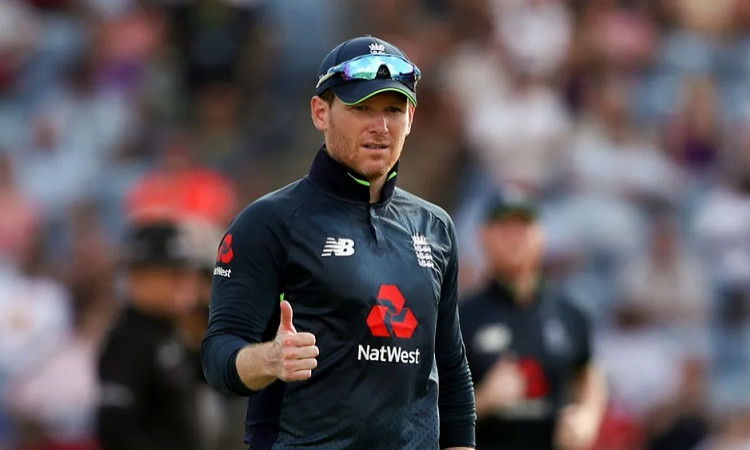 Kolkata Knight Riders' star picks Eoin Morgan and Pat Cummins will both be available for selection when the two-time champions play their Indian Premier League opener in the upcoming IPL edition despite being involved in an ODI series just days earlier, the franchise's chief executive has said.

KKR will take on defending champions Mumbai Indians on September 23. The 13th edition of the cash-rich league is taking place in the United Arab Emirates (UAE) as it had to be moved out of India due to Covid-19 pandemic.

Also Read: Will Always Have To Be On Our Toes Against Aussies, Says Roy

Morgan and Cummins, who was roped in by KKR for whopping Rs 15.50 crores, will be seen against each other in the three ODIs starting Friday at the Old Trafford. The England-Australia ODI series will wrap up on September 16, three days before IPL 2020 starts in the UAE.

KKR CEO Mysore has said KKR have negotiated a reduced, six-day quarantine in Abu Dhabi from the usual 14 days which means Morgan, Cummins and Tom Banton can play the first game on September 23.

"While they are still negotiating with the authorities, we are reconciled to the fact that we may have to quarantine our three players," Mysore was quoted as saying by ESPNcricinfo.

"They arrive on September 17, but our first game is on September 23, by which time they would've finished their (six-day) quarantine. So it's worked out well, and it's good for the tournament."

Mysore added that players arriving in the IPL 'bubble' from another bio-secure cover, such as the England and Australia ODI series or the Caribbean Premier League (CPL), will not be expected to undergo the tournament-mandated quarantine.

"What we did was put a plan together and shared it with the medical team at the IPL," Mysore said.

"We told them, 'they're in a bio-secure bubble in UK. What if we brought them on a sanitised charter flight and we took care of all the elements of immigration, testing, contactless stuff and everything to allow them to come right into a bubble here?'

"To give credit to IPL, they took it very constructively and they have a written Standard Operating Procedure (SOP) for that, which says if you're coming from a bubble to another bubble, you don't need the mandatory quarantine period," he added.