Kolkata Knight Riders skipper Eoin Morgan was mightily pleased with his side's performance against Mumbai Indians in the Indian Premier League (IPL) match here on Thursday and credited it to Brendon McCullum's style of coaching. 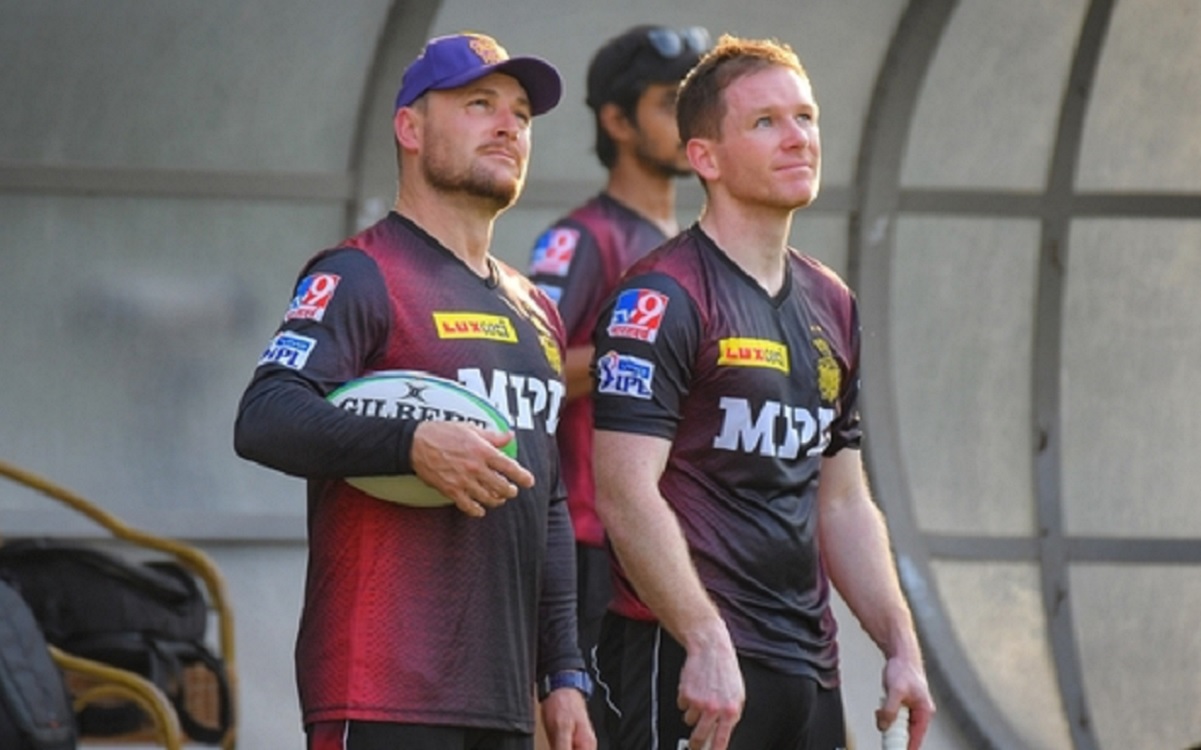 "It's been a long time since we've played like this. Baz (McCullum) has taken over for almost two seasons, so the way we are playing is now getting into his style. To hold such a strong Mumbai team, and chase it down in the manner we did gives us confidence. We were trying to fit Iyer into the XI with a lot of talented guys, and it's fantastic with the manner he has scored runs. We never put a number on him, on how many games he will get," said Morgan during the post-match virtual press conference.

Morgan said that when the tournament was halted in May due to Covid-19 breaching the bio-bubble, coach McCullum had spoken about altering the game plan and that the side was implementing the approach at the re-start in Dubai.

The young Venkatesh Iyer and Shubman Gill have gelled well at the top, with the former smashing an unbeaten 41 and 53 in the two games here and played a pivotal role in KKR's wins.

"In the practice games, he (Varun) has gone out to play this way. Baz backs him to the hilt. Just a second game for him but played with full confidence. Sunil and Varun are formidable bowlers. Sunil has been integral in winning KKR championships in the past. Varun is a fresh guy. The first two games in this second phase have been a great template for us to play. There's only one way for us to go in the points table, and that's up," added Morgan.

West Indies' spinner Narine, who conceded just 20 runs and grabbed a wicket as well, said that it was not easy for him to return to the big stage with a new bowling action after his confidence was shattered by a suspect bowling action.

"I'm coming off a good amount of cricket in the CPL (Caribbean Premier League) and The Hundred. It's getting better and better. It has taken me a while with this new action and I have put in a lot of work into it. Getting Rohit (Sharma) out in any form of cricket is good; he is a key wicket for Mumbai," Narine said.

On bowling partner Varun, Narine said, "Varun is someone who likes to know about the game and he likes to know what will happen. He is a quick learner and he has far to go. I wouldn't say this pitch was sticky. It was flat but not as flat as last year. My batting depends on what my team requires, if they want to go at the top or the end, I'll do it."