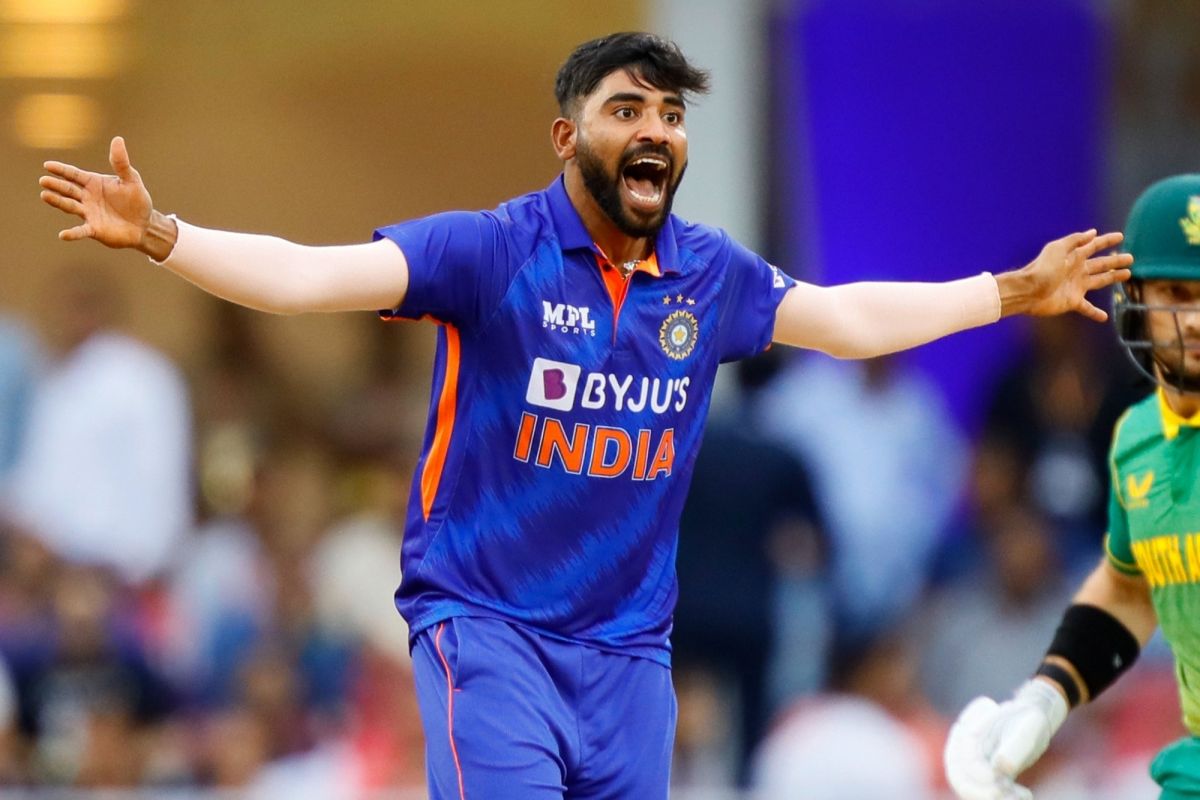 It's a remarkable rise for Siraj, who only returned to India's ODI setup in February last year following a three-year hiatus from the format and was even named in Men's ODI Team of the Year for 2022 on Tuesday. Siraj's rise to the top is more astonishing considering that he conceded 76 runs on his ODI debut against Australia in Adelaide in January 2019.

Since his ODI comeback, Siraj, 28, has collected 37 wickets from 20 matches to be one of India's most consistent fast bowlers and earning accolades from the cricketing world over providing crucial strikes with the ball in the first ten overs in the initial days of 2023.

Siraj took nine wickets against Sri Lanka to be the leading wicket-taker in the three-game series and backed that up by claiming a four-wicket haul while conceding 46 runs in the opening match of the recently-completed series against New Zealand at his home ground in Hyderabad.

It means Siraj jumps to the top of the ODI bowler rankings with 729 rating points, albeit narrowly, with his lead at the top over Hazlewood just two rating points higher than the Australian. Other Indian bowlers to be previously number one in the Men's ODI rankings are Kapil Dev, Maninder Singh, Anil Kumble, Ravindra Jadeja and Jasprit Bumrah.

Fellow India fast bowler. Mohammed Shami jumps 11 places to 32nd overall on the updated list for ODI bowlers. Left-arm wrist spinner Kuldeep Yadav and seam bowler Shardul Thakur have reaped the gains of finishing with six wickets each in the series. While Kuldeep has moved from 21st to 19th, Thakur has progressed five places and is in the 35th position.

Fast-bowling All-rounder Hardik Pandya has progressed in all three lists. He is up six places to 75th among batters, has gained 26 slots to reach 80th position among bowlers and has moved from 32nd to 17th in the list of all-rounders.

In-form young opener Shubman Gill is the eye-catcher after taking the Player of the Series award against New Zealand as the right-hander jumps a whopping 20 places to sixth overall following a brilliant double hundred and a century against them at home, being in the top ten rankings for the first time.

Gill rises ahead of talismanic batter Virat Kohli, who is in seventh place, while captain Rohit Sharma jumps two places to equal eighth after his quickfire hundred against New Zealand in Indore. Pakistan skipper Babar Azam still enjoys a healthy lead at the top of the ODI batting rankings, but there are now three Indian players inside the top 10 list.

In-form young opener Shubman Gill is the eye-catcher after taking the Player of the Series award against New Zealand as the right-hander jumps a whopping 20 places to sixth overall following a brilliant double hundred and a century against them at home, being in the top ten rankings for the first time.