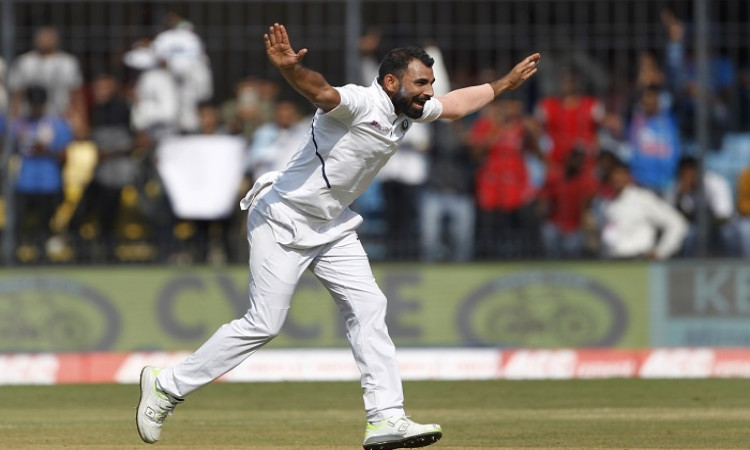 Skipper Kohli was all praise for his pacers at the post-match presentation. "I don't really know what to say. Clinical performances all around. The team is playing really well. I can't say something which people are not seeing on TV," he said.

The pace trio of Mohammed Shami, Ishant Sharma and Umesh Yadav led from the front as the bowlers took 20 wickets in a match that lasted just over two and a half days. This was despite India missing Jasprit Bumrah, who has emerged as the team's strike bowler since his Test debut in early 2018.

Ishant said speaking with each other and sharing their plans was the reason behind their success while Shami said focusing on his length and executing it nicely helped him.

"We always enjoy each other's success, speak with each other and try and share our plans. It's difficult to explain his (Shami's) bowling renaissance, I have played quite a lot, I'm 31 (laughs), the bowling is taking a toll on my body, but I'm enjoying it, trying out different variations," Ishant said.

Meanwhile, an elated Shami said: "The more we get tired, the better fun we have. We push each other. We try to enjoy each other's success. I bowl alongside Ishant and Umesh as well. That makes it easier for me. I focus on my length and have been able to execute as well."