New Delhi, Dec 4:  After a stunning show against South Africa and Bangladesh in the two Test series played at home, India pacer Mohammed Shami has gained a spot to enter into the top 10 player rankings for bowlers, issued by the International Cricket Council (ICC) on Wednesday. 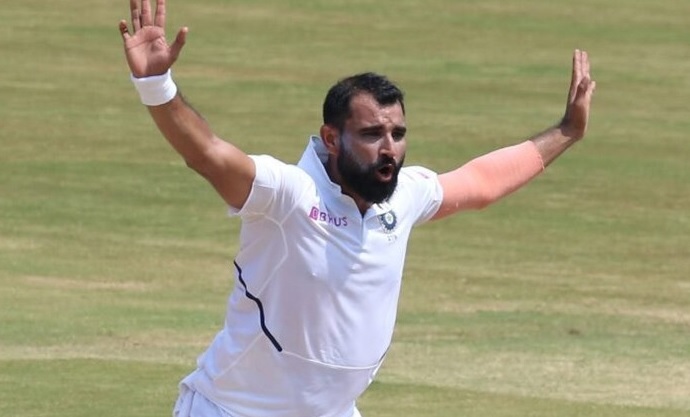 Shami picked up 13 wickets against South Africa in the three-Test series and went on to scalp seven in the first Bangladesh Test before picking up two more in the historic Day-Night Test at the Eden Gardens.

Meanwhile, ace off-spinner Ravichandran Ashwin has maintained his ninth spot in the list topped by Australia's Pat Cummins. Jasprit Bumrah, who has not played for India since the tour of West Indies, has managed to stay in the top 10 and is still holding the fifth position.

Left-arm fast bowler Mitchell Starc has moved up four places to 14th after grabbing seven wickets in the Adelaide Test. Pakistan's Shaheen Afridi has moved up 13 places to 49th while West Indies captain Jason Holder's five wickets against Afghanistan in the Lucknow Test helped him move up one slot to third place with a career-best 830 rating points. Off-spinner Rahkeem Cornwall has broken into the top 50 with a 10-wicket haul.

In the rankings for batsmen, India skipper Virat Kohli has regained the top spot after displacing Australia's Steve Smith.

The 31-year-old had held the top spot for a long time before Smith reclaimed the first spot with 774 runs from four Tests in the Ashes series against England.